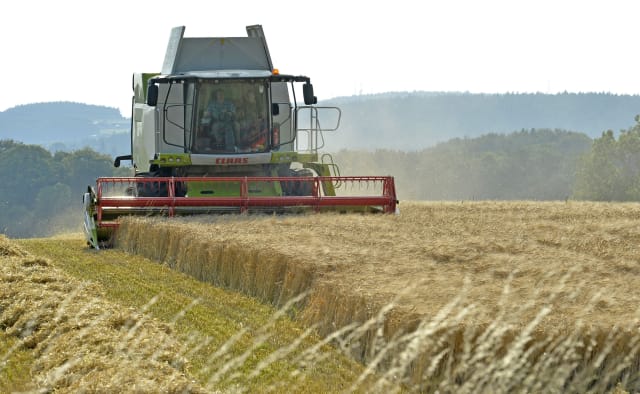 National Farmers’ Union president Minette Batters has set out ambitions to reduce the greenhouse gas emissions of the agriculture sector to zero overall by 2040, with a range of ways the industry thinks that can be achieved.

These include schemes that could also improve the countryside for wildlife such as letting hedges grow, with estimates that doubling the volume of 10% of British hedges could capture almost 5% of farming emissions.

Improving animal health will help livestock produce less emissions such as methane over the course of their lives, reduce the number of animals that need to be kept, and make more money – delivering a “triple bottom line”, Dr Andrew Clark, director of policy at the NFU, said.

And there are plans to grow crops for “bioenergy carbon capture and storage” schemes, where plants would store carbon as they grow and then be burned for energy, with the carbon emissions captured and permanently stored.

Agriculture accounts for around a 10th of the UK’s domestic greenhouse gases, and while they have fallen 16% since 1990, they rose slightly in 2017 – the most recent year for which figures are available.

Farmers are also significantly affected by the impact of climate change such as droughts, floods and heatwaves.

Dr Clark said: “We are on the front line in terms of climate change, farmers see it day in, day out, it’s crucial for us not just to sit there and take it and not do anything.”

But he warned implementing the measures to cut emissions would require Government policy that encourages and enables farmers to make the change, including regulation, guidance and incentives.

Currently farm environment schemes pay for doing one thing, but the total benefits of conservation action need to be counted, he suggested.

For example planting a flower-rich strip along a field to help pollinators could also be storing more carbon in the soil and protecting nearby water from pesticide run-off.

“If you’re going to get conservation as a crop it has to be that there is a recognition of total environmental benefits, it’s got to be income, not income foregone.”

The Government is proposing a new system of payments of “public money for public goods” including measures to help wildlife and store carbon to replace European Union farm subsidies as the UK quits the bloc.

Dr Clark said he hopes planned pilots of the new system would start to trial some of the measures farmers are looking to implement.

And he warned net zero emissions from agriculture would not be achieved by exporting food production to other countries.

“It’s an ambition, but it’s not at all costs, one of them being about food production.

“It’s what we think a socially responsible farm sector should be doing, we think it will have big benefits not just greenhouse gas emissions, but other environmental outcomes as well, we think it’s a real game changer.”