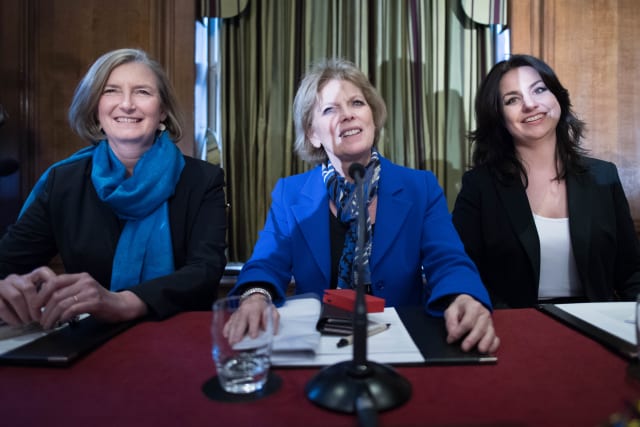 Eleven MPs – formerly on both Conservative and Labour benches – have joined the newly formed Independent Group in the past week.

Seven Labour politicians announced the formation of the group and their defection from Labour on Monday and were joined by Joan Ryan the following day.

On Wednesday, Anna Soubry, Heidi Allen and Sarah Wollaston left the Conservative benches to join the group, citing Theresa May’s handling of Brexit as a factor.

Members of the new group have said other MPs from both Labour and the Conservatives may yet join their ranks – with Mitcham and Morden MP Siobhain McDonagh reportedly among those considering their future.

When asked if she ever thought about defection, she told the Daily Mirror: “I never stop thinking. I love the Labour Party, I love my constituents and I love my country and all the time I think, how am I best going to serve them?

Conservative former attorney general Dominic Grieve stopped short of saying he would join the group after stating he would leave the Tories if the Government backed a no-deal Brexit.

Mr Grieve told the BBC: “The Government which I am supporting implementing a no-deal Brexit – what would I do?

“I would not be able to maintain my support of the Government.

“I would have to leave the party.”

Dudley North MP Ian Austin told the Express and Star he would think “long and hard” about his future in Labour, having been a critic of the handling of anti-Semitic incidents in the party.

He told the paper: “I’ll think about this very carefully, I’ll make my decision, and I’ll be accountable for it and explain it to local people, just as I always have.”