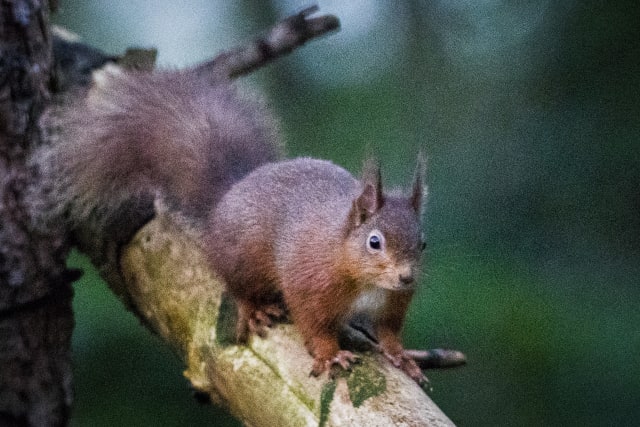 Populations of red squirrels in southern Scotland are under threat due to growing numbers of their grey cousins, according to a new survey.

However, the Saving Scotland’s Red Squirrels study is optimistic overall for the future of red squirrels in the north-east and central lowlands.

In southern Scotland, while the proportion of survey sites detecting red squirrels has remained constant, the number of sites with a grey squirrel presence has significantly increased.

Researchers suggest it shows greys are continuing to move into what was previously “red only” territory.

Dr Mel Tonkin, project manager, said: “Grey squirrels have continued to spread in some parts of southern Scotland, particularly in the eastern Borders and in the Nithsdale area of Dumfriesshire.

“It is vital that the work we do in priority areas is stepped up to make sure that the red squirrel populations in these areas remain healthy.”

The most positive survey results were found in north-east Scotland, where red squirrels continue to expand their range, particularly around Aberdeen.