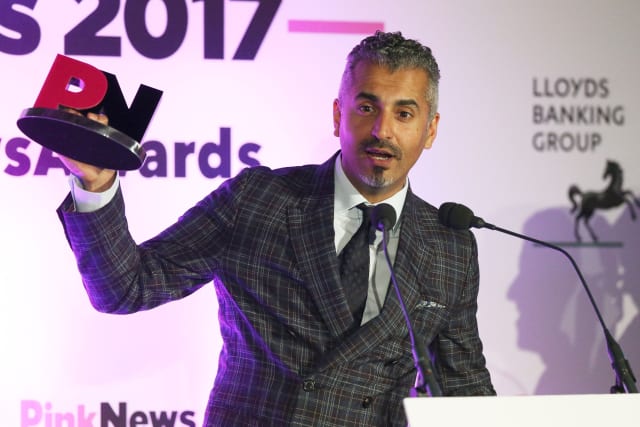 An LBC radio presenter has said he does not “harbour hate” for a man who “racially attacked” him outside a central London theatre.

Maajid Nawaz said a white male set upon him from behind outside the Soho Theatre on Monday night.

In a series of tweets, he said the man racially abused him and then hit him in the face with “maybe a signet ring”.

Mr Nawaz also shared a photo of his face, showing a cut to his forehead.

Posting an update online on Tuesday, Mr Nawaz said he had returned home from hospital “after having my wound glued up”.

He thanked the Soho Theatre for “identifying the racist assailant on their CCTV footage”.

He also said he owed “a huge debt” to two witnesses who called the police and consoled him at the scene.

“Your kindness kept me sane,” he added.

He thanked police officers, a restaurant manager and doctors and nurses for their support, describing them all as “non-Muslim”.

Mr Nawaz hit out at people on the “far-left” who were “already politicising this attack” and those on the “far-right” who were “callously casting doubt on the fact this racist attack even happened”.

He also claimed: “Some Islamists online are openly celebrating this attack, wishing the racist had ‘finished the job’.”

“I mentioned … the white skin colour and non-Muslim background of most of those who helped me because their examples alone debunk the bigotry and cynicism of the extremes from these three wings,” he added.

“I do not wish to harbour hate for my attacker. I’ve already been down that path at a younger age, and I have seen how it leads to nothing good.”

Mr Nawaz previously said his attacker ran away “like a coward” and “He took nothing. He was just a racist.”

In one tweet he said witnesses had heard the racial abuse, and they gave statements to the police – who “have his face off CCTV”.

The Metropolitan Police said they were called to a report of a racially aggravated assault in Dean Street at 7.10pm on Monday.

The suspect had fled the scene before officers arrived, no arrests have been made and an investigation has been launched, officers said.

Mr Nawaz is the founder of the Quilliam Foundation, a counter-extremism organisation.

He presents a show on LBC radio on Saturday and Sunday lunchtimes.