A treasure hunter has uncovered fragments of what is believed to be one of the earliest settlers on the Thames.

The fragment of a Neolithic skull was discovered by a mudlarker on the South Bank of the River Thames foreshore is dates back to 3600BC.

Experts at the Museum of London have analysed the sample and say the frontal bone belonged to a male, over 18.

At first the mudlarker called Metropolitan Police who carried out a full-scale investigation and commissioned radiocarbon dating of the bone, before tests revealed the man died 5600 years ago.

The skull fragment will go on display in the 'London before London' gallery at the Museum of London from Wednesday and will sit among other Neolithic finds that have been discovered along the Thames foreshore.

"The Thames is such a rich source of history for us and we are constantly learning from the finds that wash up on the foreshore. We are grateful to the Metropolitan Police for their collaboration with us on this and are eager to welcome visitors to see this new discovery." 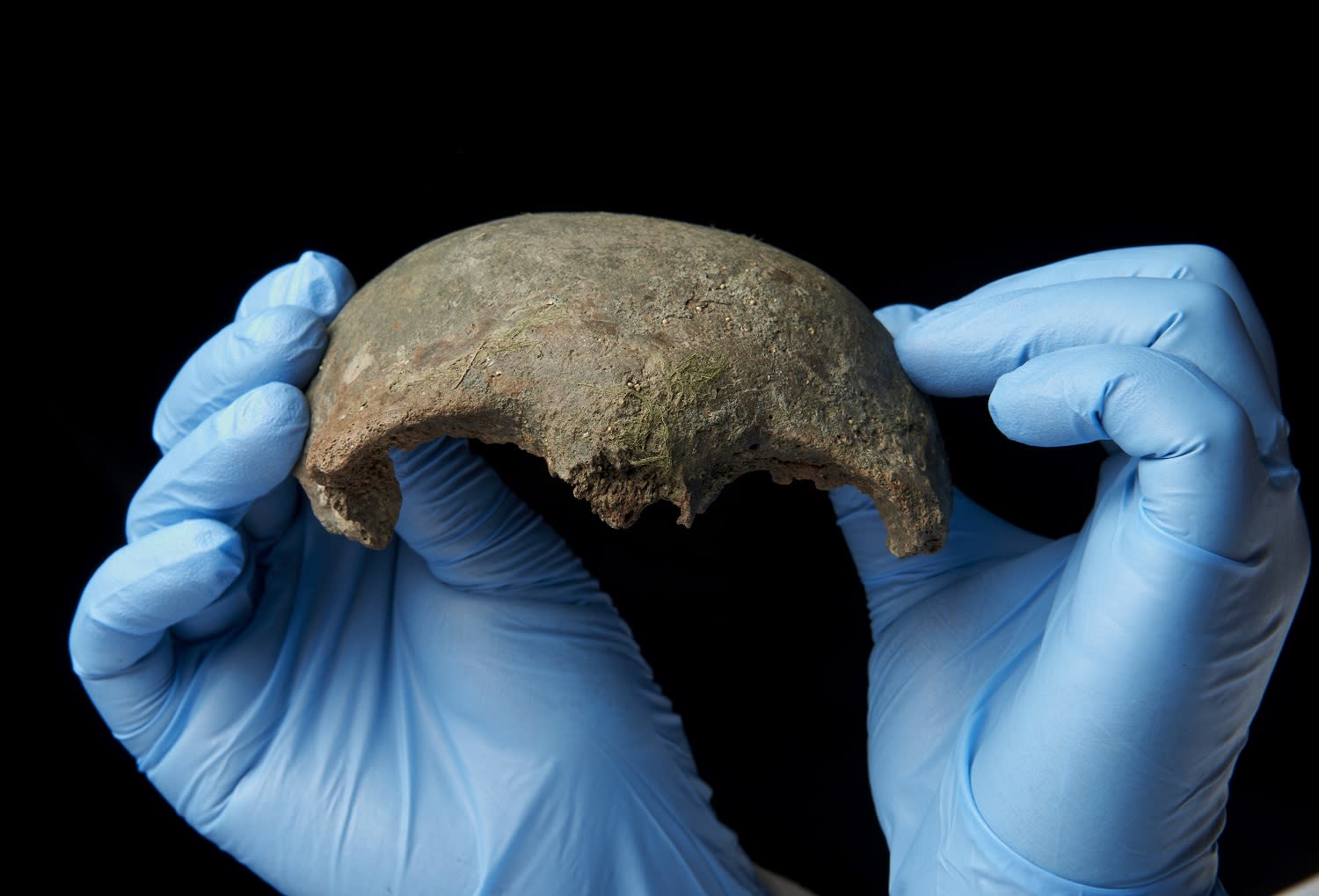 DC Matt Morse, of the Metropolitan Police, said: "Upon reports of a human skull fragment having been found along the Thames foreshore, detectives from South West CID attended the scene.

"Not knowing how old this fragment was, a full and thorough investigation took place, including further, detailed searches of the foreshore.

"The investigation culminated in the radiocarbon dating of the skull fragment, which revealed it to be likely belonging to the Neolithic Era.

"Having made this discovery, we linked in with the Museum of London who were more than happy to accept the remain."