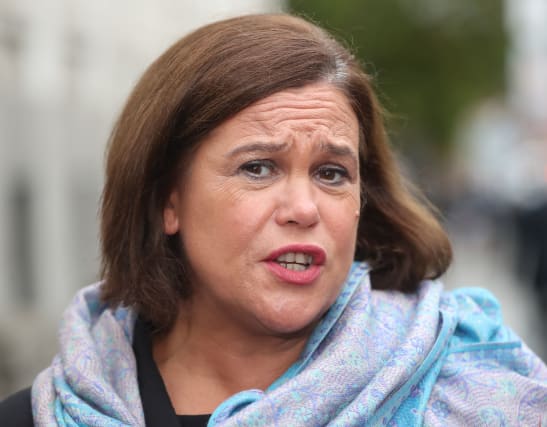 Sinn Fein’s president is set to outline her party’s approach to reconciliation to a gathering of civic unionism.

The event at Queen’s University on Monday evening has been described as a meeting of civic unionism to discuss the implications of Brexit and how best to fill the democratic deficit left in the absence of a functioning Northern Ireland Assembly.

Former Ulster Unionist Party chairman Terry Wright, who has been involved with organising the event, said it will be a chance to listen to Mrs McDonald.

“I personally don’t agree with her analysis but I am very happy to discuss it with her and share my thinking with her,” he said.

“I think there is a leadership deficit in political unionism, in many ways the community is ahead of the politicians.”

A Sinn Fein spokesperson said the event will be part of an ongoing dialogue that Mary Lou McDonald has engaged in over her first year as party leader.

“She will discuss Sinn Fein’s approach to reconciliation, healing the past and dealing with the challenges of the present such as tackling sectarianism and ending segregation,” he said.

“Mary Lou McDonald will outline our vision for a new and united Ireland and encourage others to engage in the debate.”