ScotRail contract could have been stripped over falling performance 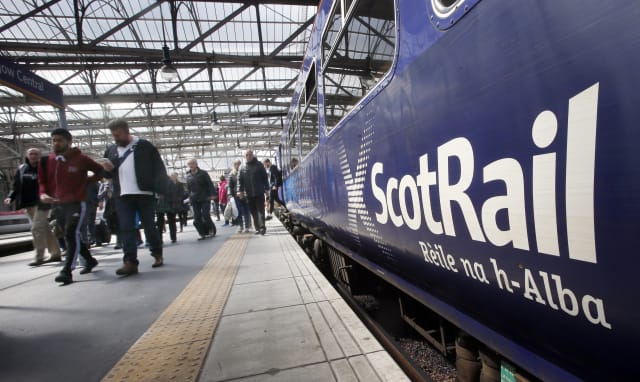 Lowering ScotRail’s passenger satisfaction targets two years in a row allowed Abellio to avoid the possibility of being stripped of its contract to run the franchise, Scottish Labour has suggested.

Under the terms of the franchise agreement, a breach of the target in two consecutive years would be marked as a “continuing and material event of default”.

In such an event, the Scottish Government would then have the option to terminate the agreement if performance levels were not deemed to be acceptable – although the issuing of a remedial plan notice would be the more likely first step as this would give the franchisee the opportunity to address the issues at hand.

A section of the franchise agreement reads: “If overall satisfaction does not meet the overall passenger satisfaction target in any two consecutive franchisee years, such shall constitute a continuing and material event of default …

“The authority shall be entitled to terminate this agreement by serving a termination notice on the franchisee.

“The agreement shall terminate with effect from the date specified in any such termination notice.”

ScotRail has been issued two remedial notices by the Government in less than two months – the first on December 24 and the second on February 8.

A response on how outstanding issues will be resolved, as set out in the remedial notice, must be submitted within 12 weeks of a notice being issued.

The train operator has faced criticism over cancellations and delays to its services, with the most recent satisfaction figure standing at 79%.

If the figure had stood at 88.5% between 2016 and 2018, ScotRail would have been in breach of its passenger satisfaction agreement, which would have potentially left open the possibility for the Scottish Government to terminate the contract.

The Scottish Parliament’s Information Centre (SPICe) said the decisions on lowering targets for ScotRail were taken following a full analysis of factors which may impact upon performance outwith the control of the operator.

These include an extensive programme of electrification and the Queen Street Tunnel works during 2016-2017, and changes to Transport Focus’ survey methodology.

Other factors considered as being outwith the control of ScotRail include infrastructure issues – under the remit of Network Rail – and extreme weather conditions such as the Beast from the East last year.

MSPs rejected a Scottish Labour proposal in November to enact a break clause in the ScotRail contract, which would have ended the agreement in 2022.

The party has campaigned for the rail network to be brought into public ownership.

Scottish Labour’s transport spokesman Colin Smyth said the Scottish Government was allowing ScotRail to get “off the hook” over its franchise obligations.

Mr Smyth said: “Whilst passengers stood on platforms for trains that never came, SNP ministers were secretly cutting deals to allow the firm to fail commuters across the country.

“Instead of hauling these chancers in and demanding they deliver what they are paid to do so by the taxpayer, the SNP Government let them off the hook.

“And we know this is not the only occasion when the SNP Government has granted ScotRail a licence to fail.

“No wonder the SNP voted with the Tories to block Labour’s plans to exercise the break clause in the ScotRail franchise, ministers have been bailing Abellio out in secret.

“Instead of moving the goalposts for a failing franchise, Scottish Labour will bring our railways into public ownership to give our country a transport system that delivers for the many.”

A spokeswoman for Transport Scotland said that proposals to end the contract would prove costly for taxpayers.

She said: “Performance has not been where it should be and any agreed remedial plans must bring swift change to reach the levels passengers expect and deserve.

“While we can and do hold the franchisee to account for matters within their control, it is only reasonable we also take account of impacts over which any operator would have no influence.

“Suggestions that we should do otherwise are short sighted, as is the notion we can simply rip up contract given that current reserved legislation requires us to run a competitive tender exercise for any new operator.

“This would come at significant cost to the public purse and bring upheaval to staff up and down the country.”