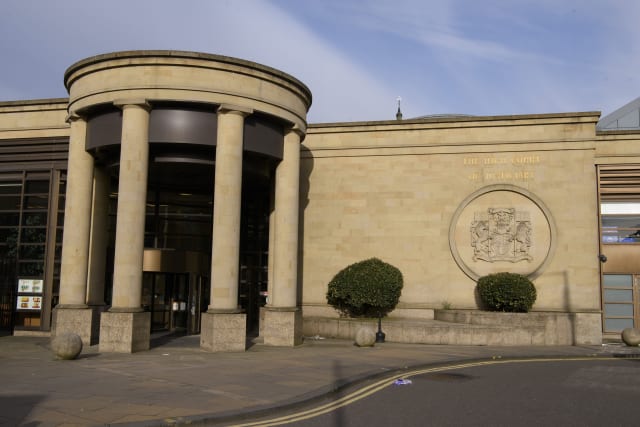 Three people have been found guilty after a man was found murdered in a Glasgow flat.

The body of 49-year-old Haider Hayat was discovered within the property in Raithburn Road, Castlemilk, on April 3 last year.

Muhammed Rauf, 42, Shahida Abid, 33, and Saima Hayat, also 33, were found guilty of murder at the High Court in Glasgow on Thursday.

Abid and Hayat were also found guilty of attempting to defeat the ends of justice.

The trio will return to the court to be sentenced on March 19.

Detective Inspector Steven Watson said: “Haider was viciously attacked and suffered a sickening and violent death at the hands of Rauf, Abid and Hayat.

“This is something he did not deserve. This was a brutal and senseless murder and such crimes are unacceptable in our society.

“The actions of those now convicted were compounded by the fact that there were children present in the house at the time of this despicable act.

“I welcome the verdict today, which may go some way to giving comfort to Haider’s family and my thoughts have remained with them throughout this incredibly difficult time.

“I am grateful for the commitment of the Police Scotland team who worked on this harrowing inquiry and would like to publicly thank the community who came forward with the vital information which helped bring those convicted today to justice.”