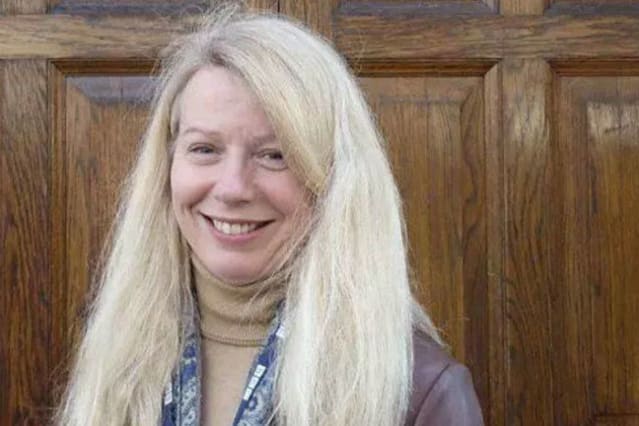 Reverend Ruth Scott, 60, has shared with Virgin Radio host Chris Evans that she is in hospital and only has 'weeks to live.'

The mother-of-two, who is best known for presenting Pause for Thought on Radio 2, had listeners in tears on Wednesday when she revealed her devastating health prognosis.

Scott was interviewed by Chris Evans for Virgin radio from her hospital bed. Evans knows and worked with her for years at his prior role at BBC Radio, before transitioning to Virgin this January.

She told Evans that the idea of death felt 'very weird' and that she only had two to three weeks left to live 'at most':

"I've got two or three weeks to live at most so we're in the middle of saying goodbyes with the family and thinking about how it is to be separating from one another.

"Death feels very weird at one level, but it feels very natural at another level," Scott said.

She was diagnosed with lymphoma two years ago, and said on the heartbreaking interview that she had hoped to receive a donor stem cell transplant.

But she went on to explain that she was told by her doctor this month that the procedure wouldn't be possible.

"I've got to accept the fact that I'm dying. I'm not frightened. I've had the most fantastic life. I just wish that it had been longer," she told Evans.

Evans described her as a mother, a former missionary, nurse and midwife. He also said she was "a hand to hold for thousands of people in her life."

Many listeners were understandably overwhelmed with emotion from their moving conversation, with many writing on Twitter that it was some of the best radio they'd ever heard.

Incredible piece of radio this morning with Chris Evans @VirginRadioUK speaking with Reverend Ruth Scott, who only has a few weeks to live. Rev Ruth was a huge part of Pause for Thought with Sir Terry & Chris. Incredibly moving. God bless.

Amazing words from the Reverend Ruth Scott on the @achrisevans breakfast show on @VirginRadioUK this morning. Hearing her talking about her life and preparing both her imminent death was both overwhelming and inspirational. #grace#gratitude#wisdom

@achrisevans incredible interview with Reverend Ruth Scott taking place. Well done for holding it together and what an incredible lady.

Chris Evans conversation with Reverend Ruth Scott can be listened to here.