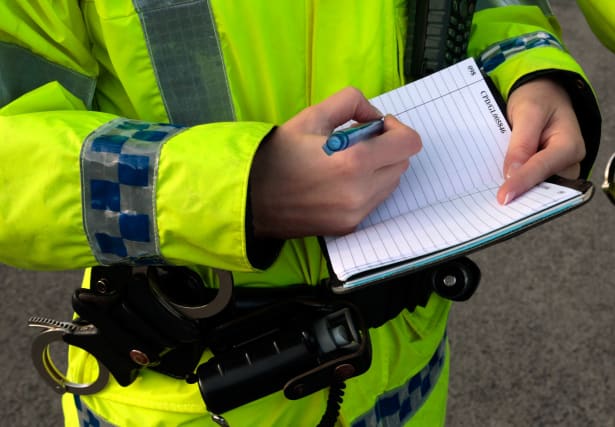 The death of a man whose body was found in a burning car is being treated as suspicious by police.

The vehicle was found on fire near Greenhall Park in Blantyre, South Lanarkshire on Monday evening.

Police said it is proving “challenging” to identify the man as the car was completely burnt out but they hope to establish his identity soon.

Following a post-mortem his death is being treated as suspicious.

Police investigations have established the car, a black Mercedes GLE, was stolen from Oxgangs Road in Edinburgh on Thursday January 24.

They are appealing for information from anyone who saw the vehicle in the intervening days as they try to piece together what happened.

Detective Chief Inspector David Scott, of the major investigation team, said: “Enquiries carried out so far indicate the circumstances surrounding the death of the man to be suspicious and we are appealing for the assistance of the public to help with our ongoing investigation.

“We are working to identify the deceased who was found within the car.

“Enquiries so far suggest the man is likely to be under 40 years of age.

“The recovery of the man’s body and subsequent efforts to identify him are proving challenging given that the car was completely burnt out, however, we have significant forensic testing underway and are hopeful we’ll be able to identify him soon.

“The car involved was a black Mercedes GLE, which we know was stolen from the Oxgangs Road area of Edinburgh on Thursday 24 January 2019.

“We have established that the car was in the Morningside area of Edinburgh for several days.

“However, on the morning of Monday February 11, the Mercedes was near East Kilbride town centre before being found on fire near Greenhall Park, Blantyre, later that evening.”

He said they are working closely with officers in Edinburgh and East Kilbride to try to establish the vehicle’s movements and called on anyone who has any information on a car of that type being seen in the areas of Morningside, East Kilbride and Blantyre to come forward urgently.

He added: “East Kilbride town centre is usually busy with pedestrians and motorists.

“I would ask people to think back and consider if they saw this car and the occupants within. Any small piece of information could be significant.

“Similarly, I would ask the residents in Morningside, Edinburgh, to think back to the days after Thursday January 24, could you provide any information to police that might help?

“We need to know where that car was between January 24 and February 11. Please come forward with any information you might have.”