Rapturous reception for Charles and Camilla in Liverpool 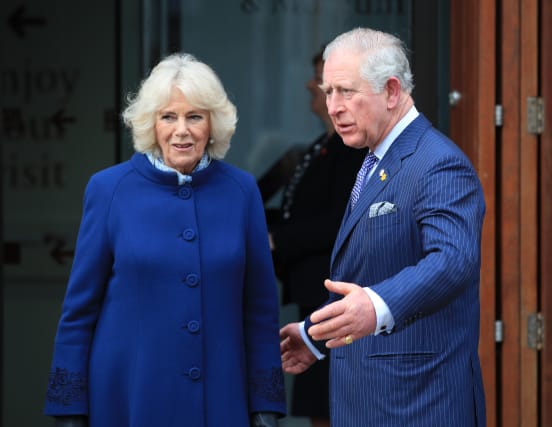 The Prince of Wales and the Duchess of Cornwall received a rapturous welcome from the students of Liverpool University as they began a day marking the city’s culture, history and people.

Dozens of students lined crash barriers to catch a glimpse of the royal couple as they began their day celebrating the university’s Institute of Irish Studies.

One excited student reached out to give Camilla a hug when she joined her husband on a brief walkabout meeting the young people.

Moonsun Kim, from Korea, who is studying supply chain management, said: “I’m so excited, I’ve never seen a member of the royal family before.

“I was passing and heard the prince and his wife were coming and decided to stay. I hope I wasn’t wrong to give her a hug.”

Soon after Charles and Camilla arrived they welcomed Ireland’s President Michael D Higgins and his wife Sabina who are midway through a three-day visit to the UK.

The event at the Victoria Gallery and Museum formally cemented the prince and president’s roles as joint patrons of the Institute of Irish Studies.

During a reception the two men met representatives from the Liverpool Irish Centre, Irish Community Care (Merseyside), Liverpool Irish Festival and Irish businesses along with students and academics from the institute.