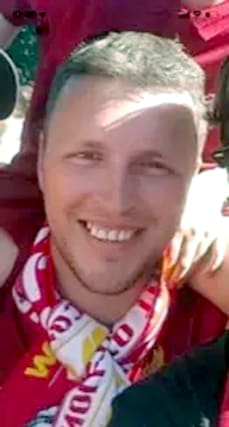 The family of a father of six who was shot as he waited for his daughter outside a dance school has paid tribute to him.

James Taylor, 34, was pronounced dead at the scene on Holy Cross Close in Liverpool city centre after police were called to reports of shots being fired at about 8pm on Thursday.

In a statement, his family said: “James, also known as Jay, was a doting father to six children, loving husband, son and brother.

“He was a kind, selfless and caring family man who had time for everyone.

“Although he was a proud supporter of Liverpool Football Club, his life really did revolve around his children (four girls and two boys), his wife and wider family.

“Jay died doing what he did best, being a devoted father and sadly they will now have to grow up without him in their lives.”

Mr Taylor’s daughter was attending a children’s dance class at the nearby Marybone Youth and Community Centre when he was shot and police believed she witnessed her father after the attack.

Three men have been arrested in connection with the murder.