Channel Tunnel will stay open in event of no-deal Brexit 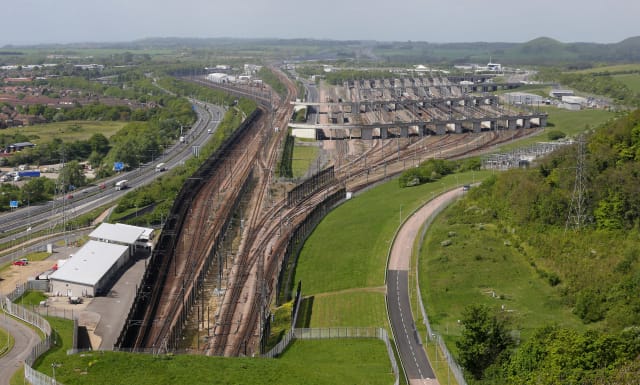 Trains will be allowed to continue to run through the Channel Tunnel for three months in the event of a no-deal Brexit under an EU Commission proposal.

The institution said the “contingency measure” would give the UK and France time to negotiate bilateral acceptance of safety certificates and train driver licences.

Such agreements are only possible after the UK leaves the bloc, according to the commission.

The commission said its proposal is conditional on the UK maintaining safety standards identical to EU requirements.

It added: “It is important to note that contingency measures will not – and cannot – mitigate the overall impact of a no-deal scenario, nor do they in any way compensate for the lack of preparedness or replicate the full benefits of EU membership or the favourable terms of any transition period, as provided for in the Withdrawal Agreement.

“Today’s proposal is temporary in nature, limited in scope and will be adopted unilaterally by the EU.”

In October the Department for Transport said the UK is seeking bilateral arrangements with France, Belgium, the Netherlands and Ireland to “facilitate the continued smooth functioning of cross-border rail services”.

Some train drivers will need to apply for new licences “as soon as possible”, according to the paper.

Anyone who drives trains into an EU country on a UK licence will need a new EU version and certification documents from the country they will be driving into.