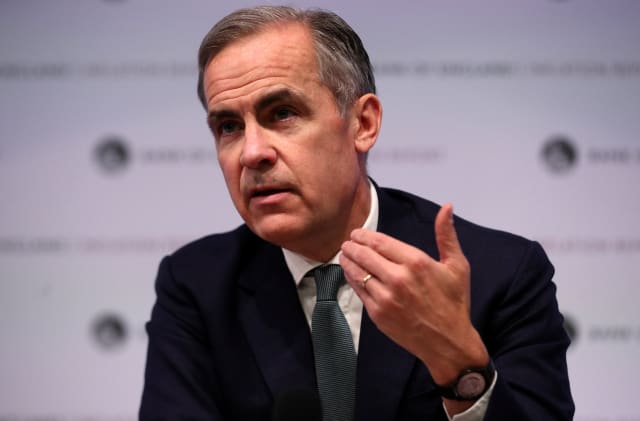 Mark Carney has urged politicians to find a Brexit solution, as he warned over economic risks posed by a slowing Chinese economy, protectionism and “de-globalisation”.

With weeks to go until Britain’s scheduled departure from the European Union, the Bank of England governor said “it is in the interests of everyone, arguably everywhere … that a Brexit solution that works for all is found in the weeks ahead”.

In a speech at Frobisher Hall in London, Mr Carney said that business investment in the UK “has fallen 3.7% over the past year despite the ongoing expansion, high business profitability and accommodative financial conditions.

“With fundamental uncertainty about future market access, UK investment hasn’t grown since the referendum was called and has dramatically underperformed both history and peers.”

He described Brexit as an “acid test” of whether a way can be found to broaden the benefits of economic “openness while enhancing democratic accountability”.

His comments come days after the central bank slashed its growth forecast for the UK economy and warned about the mounting risk of a recession in the event of a no-deal Brexit.

Mr Carney also said that slowing global growth has been hampered by “rising trade tensions and growing policy uncertainty”, pointing to the trade dispute between the US and China.

“Global economic policy uncertainty is at record highs. And protectionist rhetoric is becoming reality, with the United States raising tariffs on a range of imports from its main trading partners, and some retaliating in kind.

“If all measures contemplated are implemented, average US tariffs will reach rates not seen in half a century.”

The Bank believes that an increase of 10 percentage points on import tariffs charged by the US  would hit the county’s GDP by 2.5% and reduce world output by 1%.