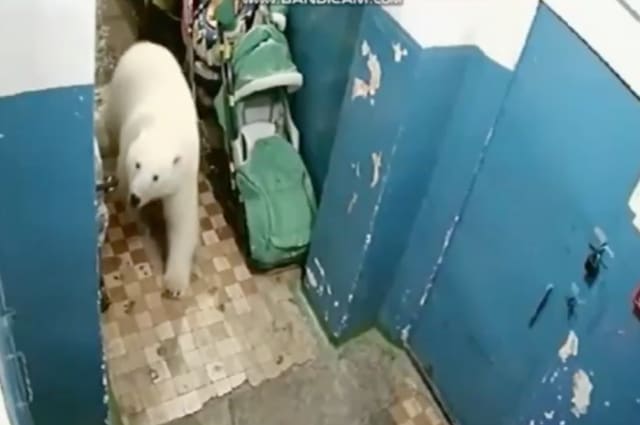 The Russian town of Novaya Zemlya located on the north-eastern Arctic coast has declared an emergency over an "invasion" of dozens of aggressive polar bears that have entered homes and public buildings.

The remote settlement which has a population of around 3,000 people, has appealed for assistance to tackle "a mass invasion of polar bears into inhabited areas", regional authorities said in a statement.

However, despite desperate pleas for help, Russian authorities have so far refused permission to shoot the bears. Instead they've offered to send a commission to investigate the situation but have not ruled out a cull.

The influx of polar bears has steadily climbed as the affects of climate change drive the large predators further inland to seek food as the Arctic ice melts depriving them of rich hunting grounds.

Records reveal that since since December, 52 polar bears have regularly visited the archipelago's main settlement, Belushya Guba, with some displaying "aggressive behaviour", local authorities have reported.