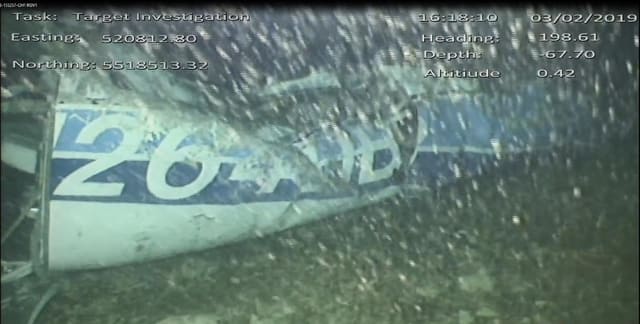 The wife and daughter of the pilot who was flying the plane carrying Emiliano Sala have said they will never give up hope of finding him.

David Ibbotson is still missing after the plane, which was flying Argentine footballer Sala from Nantes in France to Cardiff, crashed in the English Channel.

A fundraising campaign to restart the search for Mr Ibbotson has already raised more than £140,000.

“If you’ve got hope then you shouldn’t give up,” she said. “He wouldn’t stop searching for me.”

She added: “We still hope and pray, and hope everyone keeps my dad in their prayers.”

A web page raising funds to continue the search for Mr Ibbotson was set up on Friday.

A donation under the name of broadcaster and former footballer Gary Lineker of £1,000 is registered on the page, which he shared with his 7.2 million Twitter followers on Saturday.

A message on the site reads: “Please help bring David Ibbotson home and help give him the send off he deserves.

“As a family we are relying on the kindness of the good hearted people to help us raise the much needed funds to help us find our beloved Dad, Husband and Son.

“As a family we are trying to come to terms with the tragedy and the loss of two incredible men.

“To be told the search has now been called off for the foreseeable future has only made this tragic time more difficult.

“We can not bear the thought of him being alone, we need him home so that we are able to lay him to rest.”

Sala’s body was recovered in a privately funded search, which was launched after the initial search was called off three days after the men and their plane went missing.

Although Mr Ibbotson, 59, of Crowle, Lincolnshire, has not been located, poor weather conditions meant a “difficult decision was taken to bring the overall operation to a close”, a spokesman for the Air Accidents Investigation Branch said on Wednesday.

The aircraft remains underwater off the coast of Guernsey in the English Channel.