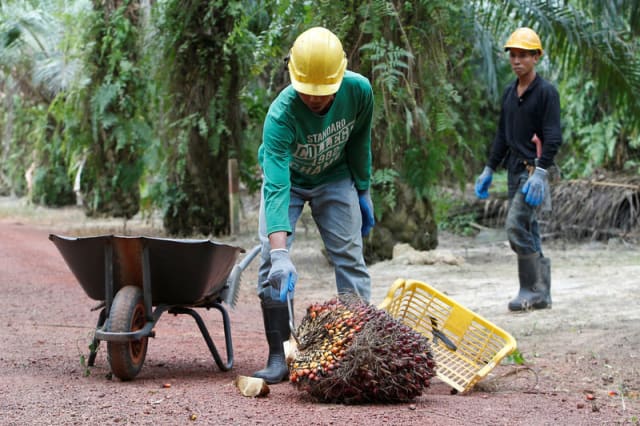 Some of the world's major palm oil users, including Nestle, Unilever, and Mondelez, are trying out new satellite technology to track deforestation, as pressure grows on them to source the ingredient responsibly.

They say the monitoring systems allow them to target people felling trees in producing countries like Malaysia and Indonesia, where forests are shrinking, more efficiently than policing supply chains on the ground.

"They say you're Big Brother," said Benjamin Ware, global head of responsible sourcing at Nestle. "It's not Big Brother - it's today's reality...there is nothing secret anymore."

Interviews with leading brands, commodity traders and plantation owners show the systems have limitations and opinions on them vary, reflecting tension within the industry over how to tackle an issue with no easy answer.

Some say the technology is not enough to stop deforestation - that monitoring is not preventing. Others worry boycotting unsustainably made palm oil just drives bad practices elsewhere.

"Dividing the supply chain into the good versus the bad fundamentally does not solve deforestation," said John Hartmann, global sustainability lead for agricultural supply chains at commodities trader Cargill, which sells palm oil to firms like Nestle and Unilever. 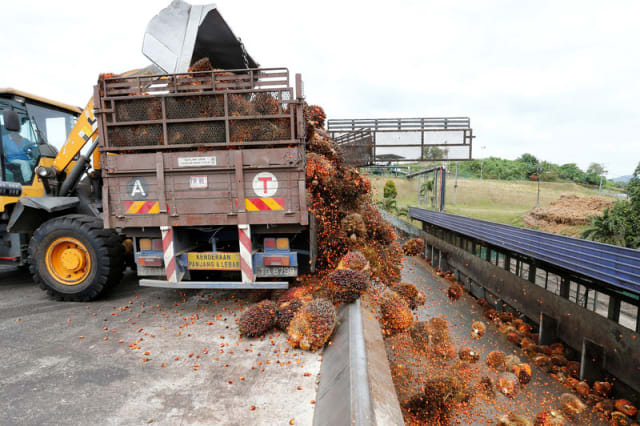 Palm oil buyers have toyed with satellite imagery for years, but have now ramped up their use as they rush to meet a pledge of zero net deforestation by 2020, set by global umbrella body the Consumer Goods Forum.

The oil is in nearly half of all packaged goods from chocolate to soap, and is also used as a cooking oil and in biofuel.

As sustainability becomes more of a buzzword, multinational brands are trying to keep shoppers from switching to independent start-up brands, which often tout green credentials.

Palm oil contributes less to deforestation than beef or soy, which are responsible for much of the destruction in the Brazilian Amazon. But it has garnered attention because it thrives in biodiverse regions, threatening endangered species and exacerbating global warming.

The big players, including consumer brands, commodity traders like Cargill and Wilmar International and plantation operators and processors, have supply chains that span millions of smallholder farmers as well as many middlemen. 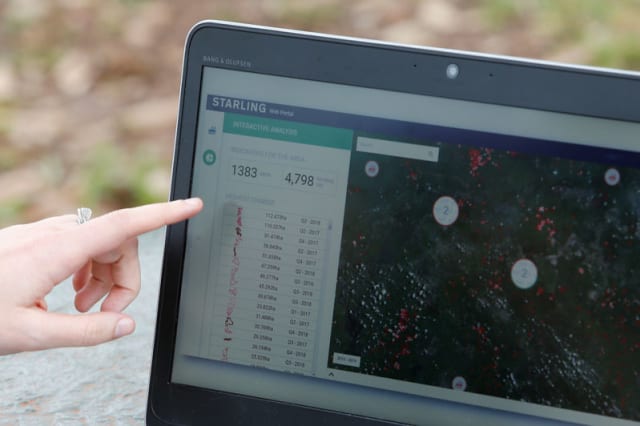 "They are trying to take it into their own hands on how it's monitored...Because they haven't gotten their supply chains under control at this time," said Phil Aikman, campaign director at environmental pressure group Mighty Earth.

Nestle, target of a 2010 video by Greenpeace International depicting a stick of KitKat bar as an orangutan finger, was briefly suspended by the Roundtable on Sustainable Palm Oil (RSPO) last year for not sharing time-bound plans for how it would boost purchases of certified palm oil.

The RSPO, which is backed by the World Wildlife Fund and other NGOs, sets varying levels of sustainability criteria that members must meet to certify their oil; the most stringent level involves ensuring it is separated from the rest and can be traced to a single certified source.

But the RSPO has itself faced criticism that it allows some deforestation as well as development on valuable peat lands: in November, it responded by tightening its rules.

Nestle says a quarter of its palm oil is RSPO-certified and all of it will be by 2023, but 100 percent will be "responsibly sourced" by 2020, partly with the help of satellites.

From next month, it plans to publish data online from an Airbus-developed satellite system called Starling, to "put responsibility on the mill" that extracts oil from palm fruit.

Nestle says that once a Starling deforestation alert is verified, it will ban the offending supplier after 60 days of engagement unless it cleans up its act, although the firm has not yet suspended any since rolling out this new model last month.

"The challenge is figuring out how do we act on that information, who are the right people in the organizations to interact with to address deforestation," Emily Kunen, Nestle's global responsible sourcing leader for palm oil and seafood, told Reuters at a plantation under Starling's watch in Bahau, some 125 km south of Malaysia's capital Kuala Lumpur. 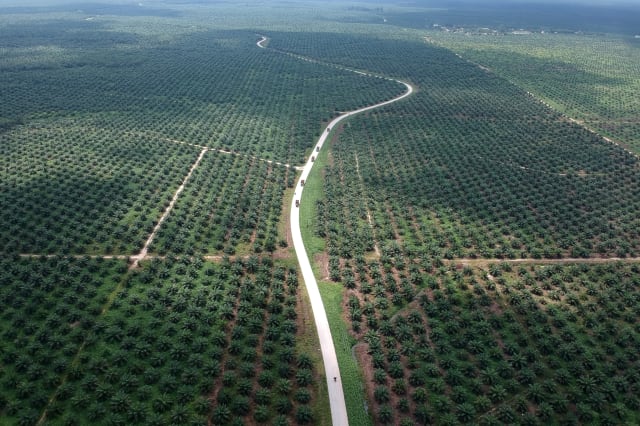 Unlike cocoa or coffee, palm oil is often not marked as sustainably or responsibly sourced even though Nielsen data suggests sales of products with environmental claims often fetch higher prices and grow faster than their peers.

"The image of palm oil is very bad," said Nestle's Ware. "So, for the time being, we really struggle to see how we could market it positively."

Italy's Ferrero Group, which only buys RSPO-certified palm oil that has been separated from the rest, has tried Starling, but the Nutella maker said it is still assessing results of its pilot to decide whether to keep using it.

"One of the questions we would like to look at is whether there's an early warning system," said Giulia Di Tommaso, Ferrero's chief communications and sustainability officer. "Are you able to address it before deforestation happens, or does it only allow you to understand when the damage is already done?"

Unilever says it is on track for all of its "core volume" purchases, the bulk of its usage, to be certified by the end of 2019 and is also using satellite technology.

Along with others, including its suppliers Cargill and Wilmar, it is piloting a satellite tracking tool called Global Forest Watch (GFW) Pro, which will launch this summer.

Wilmar, which was among RSPO members recently 'named and shamed' by Greenpeace, said from January it started immediately suspending purchases from mills with links to GFW Pro-identified deforestation. 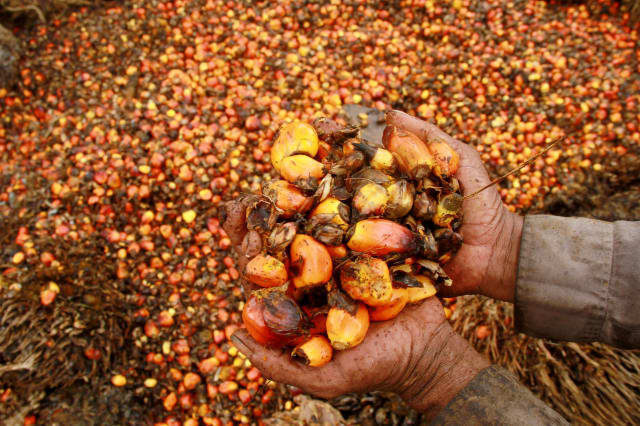 "In the past, we have tried to engage, engage, engage," said Ginny Ng, global conservation lead at Wilmar, which handles 35 percent of global palm oil supply.

"Some suppliers are taking advantage of that. So now we're going to suspend first, and then we will chat."

GFW Pro will be free, to encourage everyone to use it, but producers say low benchmark palm prices and the difficulty in securing a premium price make it difficult to offset the costs of taking action based on data from such platforms.

Benchmark palm oil futures are just 19 percent off a three-year low they hit in November, at $563 per tonne. RSPO-certified oil can cost from $2 to $40 more per tonne depending on the level of sustainability, according to Carl Bek-Nielsen, chief executive director of United Plantations and RSPO co-chair.

Palm oil is still cheaper than alternatives but several supermarkets have cut back or stopped using it, including SPAR in Austria and Coop in Italy, citing health and environmental concerns. Italy's Barilla is also challenging Ferrero's Nutella with a chocolate spread without the oil.

European Union lawmakers are set to phase out palm oil in transport fuels from 2030, angering producing countries, which see the export as key to economic growth and poverty reduction and have threatened retaliation.

But world demand is poised to continue expanding fast https://tmsnrt.rs/2HTZwLf as incomes climb in developing nations.

Some in the industry say "dirty" palm oil expelled from big players' supply chains is finding other buyers in booming markets in Asia and Africa, where price often trumps sustainability.

It says engaging with producers to improve their practices is more effective than cutting "dirty" oil out. "I don't think exclusion from supply chains is the way forward."