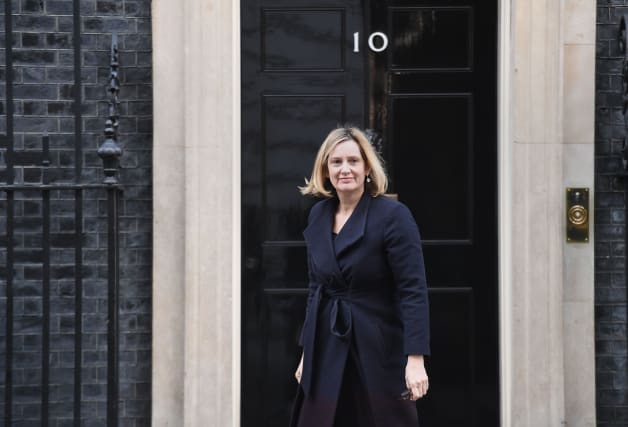 Rogue bosses who are reckless with workers’ pension funds could be jailed for up to seven years or hit with an unlimited fine under plans being set out by Amber Rudd.

The Work and Pensions Secretary will tell MPs some directors have been able to get away with “playing fast and loose” with people’s futures.

A new criminal offence to punish “wilful or reckless behaviour” with pensions will help tackle the situation, she will say.

Ms Rudd will urge Labour MPs to support the measure to make sure it gets through Parliament.

She will say: “For too long the reckless few playing fast and loose with people’s futures have got away scot-free.

“Meanwhile, workers who have done the right thing and saved for retirement, confident their investments were safe, are left facing a leaner later life.

“That cannot be right, which is why, for the first time, we’re going to make wilful or reckless behaviour relating to pensions a criminal offence.”

She will claim the plan shows “the Conservative government is on the side of workers saving for retirement” and “we will protect their incomes from reckless behaviour”.

The Government launched a consultation last summer as part of moves to beef up the powers of The Pensions Regulator (TPR), enabling it to step in more quickly and more often when companies make changes that could damage the pension scheme.

A year after it was sold by Sir Philip Green for £1 in 2015, the retailer collapsed into administration, leaving a £571 million pension deficit.

Sir Philip later agreed to pay £363 million towards it to end action against him by TPR.

She told Sky’s Sophy Ridge On Sunday: “It’s about saying that’s not acceptable, it’s not acceptable to play merry hell with the contributions workers have made over a period of time and essentially run off without making good the pensions you promised to those people in the future and so we’ll take further sanctions.”

Frank Field, chairman of the Commons Work and Pensions committee, welcomed the move but said most people would be aghast to hear this law “doesn’t already exist”.

He suggested the new offence should be able to apply to previous scandals.

“Retrospection in the law is usually to be avoided and for good reason,” he said.

“But the actions of greedy bosses like those at BHS and Carillion have torn apart thousands of people’s plans for the future.

“In such exceptional circumstances shouldn’t the long arm of the law be able to reach into the past, to gain justice for those who lost so much?”

The announcement of the new offence comes as figures show 10 million people have been brought into workplace pensions through auto-enrolment since 2012.

Ms Rudd said: “That is a remarkable achievement. Workplace pensions had fallen out of fashion and were seen as the preserve of older, wealthier people.

“Now saving is the norm across the UK, wherever you work.”