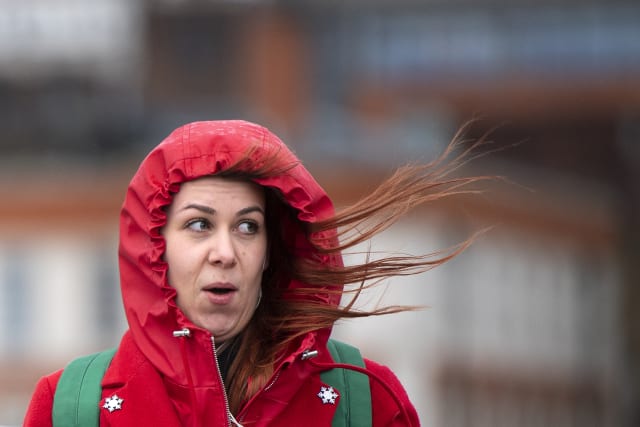 Gusts of almost 70mph have hit the UK as Storm Erik blows across the country, causing delays on the transport network.

High winds on Saturday morning caused trees to fall and caused disruption on several roads, and emergency services warned motorists to take care when driving through the difficult conditions.

The weather also led to delays on the rail network.

A Met Office yellow weather warning for strong wind covers much of Wales, central and northern England and southern Scotland until 3pm on Saturday.

A separate yellow warning running until 3pm on Saturday for northern Scotland predicts heavy rain could lead to flooding.

The Met Office said wind speeds of 69mph were recorded in Powys, Wales, and 68mph in Avonmouth, Bristol.

London North Eastern Railway said an 80mph speed restriction has been placed on trains between Leeds and York because of the wind, meaning journeys are being delayed.

Highways England said the A20 near Dover remains closed while a CCTV mast that had been seen swaying in the wind above the carriageway is repaired.

One lane is closed on the Severn Bridge between South Wales and south west England due to the strong winds, and the A548 is closed in both directions around Mostyn, north Wales, because a tree had fallen across the carriageway.

Met Office meteorologist Simon Partridge said throughout the rest of Saturday, winds of “up to 70mph on exposed coasts and 50mph winds inland” are likely.

On Saturday night there will be some rain across southern England with snow falling over hills in places.

There will be showers in western and northern areas, with frost and fog forming as winds ease.

On Sunday, rain and snow over the hills in the south is expected to clear east with blustery showers following.

Conditions in the north will be brighter, with some rain and gales possible later on.