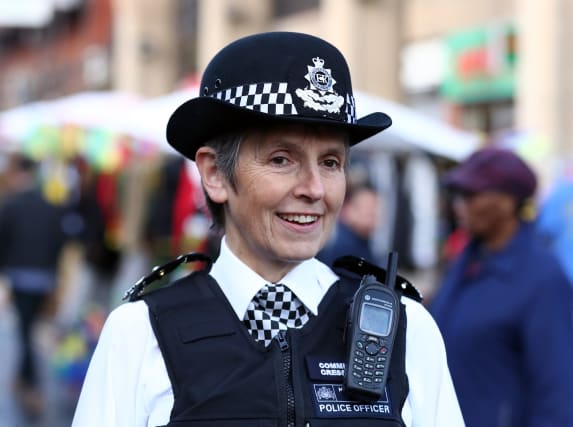 Metropolitan Police Commissioner Cressida Dick has said she believes her image of being “a bit different” has encouraged young people from different backgrounds to consider applying to the force.

In 2017, Ms Dick became the first woman to hold the most senior post in British policing, and she is also openly gay.

Appearing on BBC Radio 4’s Desert Island Discs, she said: “The fact that I am seen as a bit different in some respects I realise on some occasions makes young people think ‘I could have a go’ or ‘I might try, I feel different but I might try’.”

However, her sexuality is “one of the least interesting things” about her, Ms Dick said, adding: “I happen to love Helen, she’s my partner, on we go.”

Ms Dick said she wanted to see an increase in the number of female police officers, adding: “In the long term, in order for us to have the best of the best, I would like it to be 50/50.”

This is unlikely to be achieved during her leadership of the force, she said.

In the interview with presenter Lauren Laverne, Ms Dick also discussed starting out in the police force after a spell working in a fish and chip shop run by a man who kept a baseball bat behind the counter.

At the age of 23 she became a police officer in Soho in London’s West End, dealing with the area’s notorious sex trade and nightlife.

She said: “I loved the idea that at three or four in the morning it was just me there.

“That is the great thing about policing, you do have a lot of responsibility very early and you have got to make decisions, sometimes life and death decisions, very quickly and there is something about putting a uniform on and thinking ‘people are looking to me to make decisions and to look after them’ that makes you feel capable.”

Ms Dick also discussed her role in the death of a Brazilian man who was wrongly shot dead by police marksmen on board an Underground train at Stockwell station, south London, in 2005.

She came under scrutiny when she was in charge of the operation that led to his death, but was later absolved of any blame by a jury.

She described it as an “awful time”, adding: “I think about it quite often.”

She picked tracks including In Private by Dusty Springfield, Me And Bobby McGee by Kris Kristofferson and hymn Lord Of All Hopefulness to take to the desert island with her.

The book she would take with her is the complete works of novelist and poet Thomas Hardy, and her luxury item would be soap.

Ms Dick said: “Scent is very important to me but it is the case that my colleagues think it is hilarious that I simply cannot smell, ever, the smell of cannabis.”

The show will air on BBC Radio 4 on Sunday at 11:15am, and will also be available on the BBC Sounds app.