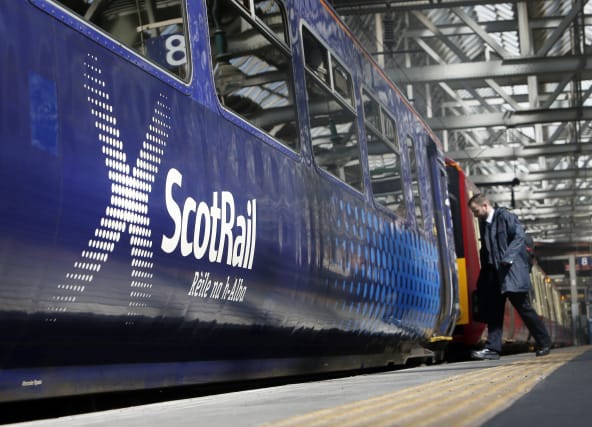 Ministers have handed ScotRail its second improvement notice in less than two months – after passenger satisfaction plunged to its lowest level in 15 years.

The formal “remedial plan notice” demanding swift change comes after overall satisfaction with the train operator fell to 79% in the national rail passenger survey (NRPS) last month – the same as the UK average.

The watchdog behind the survey, Transport Focus, pointed to delays and cancellations for passengers, who were less happy than at any time since 2003, when satisfaction was at 84%.

The rail operator has a contractual target to hit an 88.5% average score across two surveys carried out over the course of the year.

However, national transport agency Transport Scotland said it believes it would be extremely difficult for ScotRail to hit that target this franchise year, in light of the 79% rating, and it has decided to serve the improvement plan notification on the company now.

It comes after ScotRail was issued another, separate, remedial plan notice on Christmas Eve, seeking a turn-around in its performance following an increase in train cancellations.

The latest order requires ScotRail to set out the measures it intends to put in place to improve passenger satisfaction results.

The firm now has 12 weeks in which to come forward with its plan.

Meanwhile, the response to the notice issued on December 24 has to be submitted by February 18.

Issuing the fresh order, Transport Secretary Michael Matheson said: “These latest NRPS results are unsurprising and clearly linked to the recent poor performance. Too often passengers have been left disappointed and this must change swiftly.

“Having already issued one remedial plan notice, it is frustrating that another follows. ScotRail recognises the reasons for this notice and the direct link between train service reliability and customer satisfaction.

“I require quick action to ensure the ongoing record investment in infrastructure, fleets and staff quite rightly translates to better satisfaction levels and a more attractive service.

“Passengers want and deserve a railway which delivers the benefits of more seats and services on a consistently reliable basis.”

ScotRail’s head of customer operations, Phil Campbell, said: “We run more than 2,400 services every single weekday, which is more than ever before, and our punctuality has recently reached its highest level since September last year.

“But we know there is much more to do, given the challenges we have faced in recent months.

“Everyone at Scotland’s railway is working flat out to deliver the service our customers expect and deserve.

“We will submit a remedial plan to Transport Scotland within the timescale outlined.”