The robot built in the UK that will set out to find evidence of life on Mars has been named after DNA pioneer Rosalind Franklin.

Astronaut Tim Peake and science minister Chris Skidmore revealed the name at an event in Stevenage as part of a public competition launched in July last year. 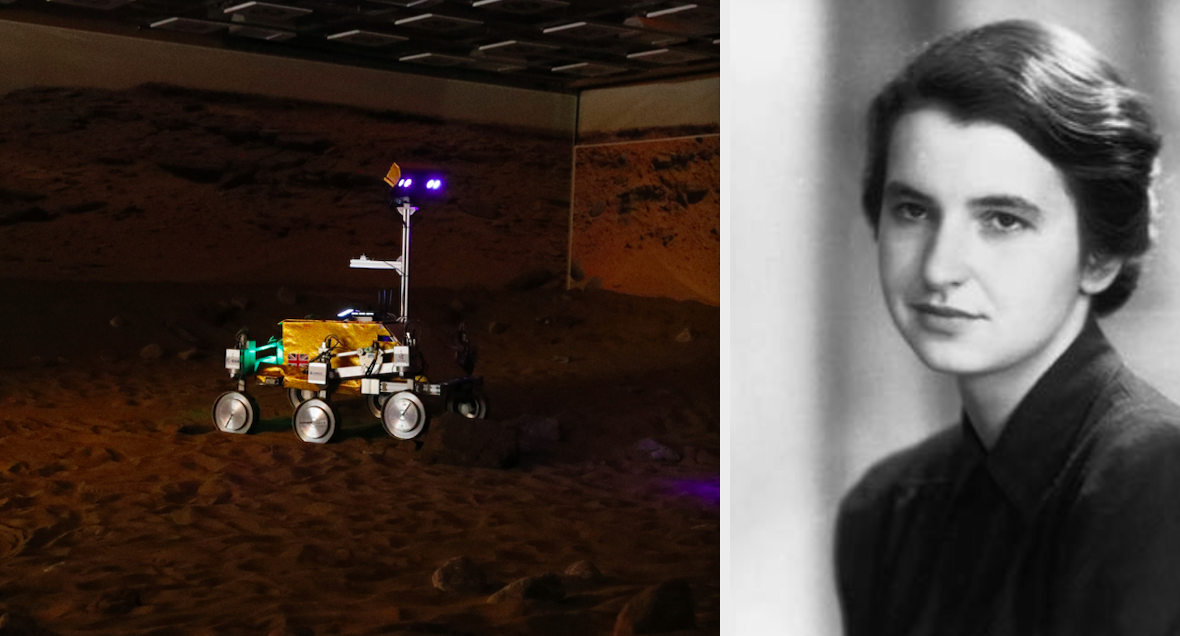 More than 36,000 people submitted ideas in the competition, which were narrowed down by a panel of experts.

Honoured to announce the name of the @esa ExoMars rover at @AirbusSpace today and a very fitting tribute to a great British scientist: Rosalind Franklin pic.twitter.com/4b9lBrzheH

Maj Peake said: 'It's an important name because Rosalind Franklin was one of the great British scientists who unlocked the secrets of human life in terms of understanding DNA and the double helix, and ExoMars is so exciting because we're searching for life and the possibility that life evolved on Mars.'

The Rosalind Franklin rover will embark on a joint mission between the European Space Agency (ESA) and Russian space agency Roscosmos, planned to launch in summer 2020 with the aim of understanding whether life exists or ever existed on the Red Planet.

Built and designed in the UK, more than 100 scientists across the country have worked on the project, investigating a number of essential aspects such as selecting the best landing location on Mars.

The six-wheeled rover, built by Airbus, is said to be the first of its kind to travel across the Martian surface and drill about two metres into the surface to see if any possible signs of life are buried underground.

It will aim to see as far back as four billion years, exploring the bottom of a Mars ocean that no longer exists.

The first part of the mission was launched in 2016, with the arrival of the ExoMars Trace Gas Orbiter (TGO), which sets out to 'sniff' the Martian atmosphere and look for evidence of methane, which may be an indication of active life on or below the planet's surface.

Maj Peake added: 'There were many very colourful entries – Rover McRoverface I think at one point was one of the most popular names, but of course I think Rosalind Franklin is a much more fitting tribute to a great British scientist.'

Franklin's work investigating the atomic arrangement of DNA paved the way for researchers to understand how it was the 'genetic code of life'.

Supporters argue that her vital contribution has never been fully recognised after she died in 1958 – four years before her male peers were awarded the Nobel Prize.

MORE: Muslim prisoner's execution blocked over battle for his right to have imam present
MORE: Police investigate after acid attack on horses leaves them with burnt flesh and hair