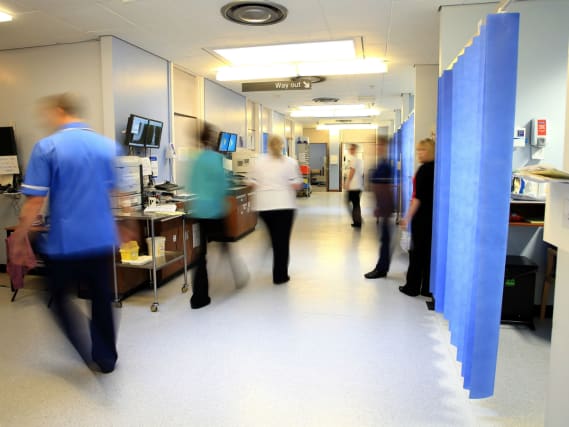 More than 1,300 people signed up to the organ donor register following an episode of BBC Two documentary Hospital.

NHS Blood and Transplant (NHSBT) said it saw a surge in interest during and after Thursday night’s show.

The episode followed patients in two Liverpool hospitals, including some waiting for transplants and a pregnant mother who wanted to donate tissues from one of her twins who would die shortly after birth.

A total of 1,391 people signed up as organ donors between 9pm and 11pm on Thursday evening, compared with 60 in the same period on Wednesday, NHSBT said.

Andrea Ttofa, head of organ donation marketing for NHSBT, said: “We’re delighted that BBC Hospital inspired so many people to sign up as organ donors.

“We know personal stories of donation and transplantation are extremely powerful and prompt people to sign up to save lives.

“We would urge everyone to tell their family they want to be an organ donor to ensure their family honour this decision.

“Around 6,000 people in the UK are currently waiting for a transplant and there are many more who would benefit from a transplant.

“Last year, more than 400 people died in the UK waiting for a transplant.”

The Government has indicated that an opt-out system of organ donation is expected to be in place in England by April 2020.

The changes will mean that everyone is considered a potential donor unless they have specified that they do not wish to donate their organs.