Tens of thousands of Scots could be ‘fleeced’ by new parking charge, Tories say 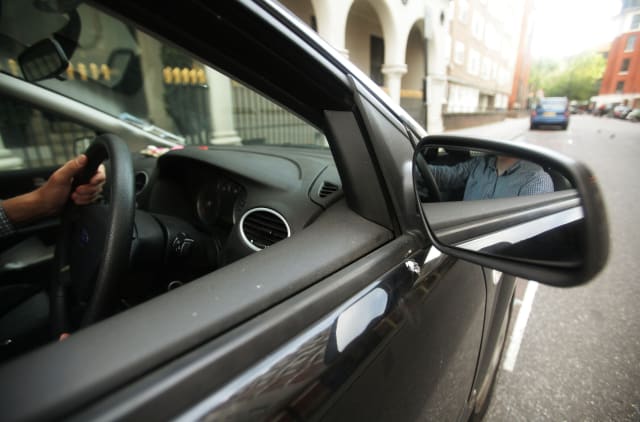 Workers face being “thumped” by plans to allow councils across Scotland to introduce a tax if they park their car at their place of employment, the Tories have claimed.

Scottish Conservative interim leader Jackson Carlaw said an annual charge of £400 a year for this would be the equivalent of hiking the basic rate of income tax from 20p to 30p for those earning the real living wage.

He claimed that “tens of thousands of Scottish workers are to be fleeced for hundreds of pounds a year” if the controversial measure is introduced.

The Scottish Government has already committed in principle to give councils the power to bring in a workplace parking levy as part of a last-minute Budget deal struck with the Greens.

Since then opposition to the propsect of the charge has been mounting, with Mr Carlaw insisting many workers are “deeply alarmed about plans to charge them for taking their own car to work”.

He raised the issue at First Minister’s Questions in the Scottish Parliament, where John Swinney was filling in for Nicola Sturgeon, who is currently in the US.

But the Deputy First Minister insisted the proposed new power for councils was an “example of localism in practice”.

Mr Swinney said: “It is important that Parliament is clear about what is proposed here. This is an agreement to bring forward an amendment to the Transport Bill, that will enable local authorities to exercise a judgement as to whether they wish to apply a workplace parking levy.

“The decision will be up to local authorities to take.”

Vowing his party would oppose any workplace parking charges, Mr Carlaw spoke about the impact it could have on Scots.

Analysis by the Tory party showed a  £400 annual charge “would be equivalent to increasing the basic rate of a tax paid by a worker on the real living wage from 20p in the pound to 30p in the pound,” he said.

The Tory went on to demand the Scottish Government “simply drop this unwanted and unworkable plan”.

Mr Carlaw told the Deputy First Minister: “If you don’t, won’t it be clear to everyone, despite trying to spin it today, that tens of thousands of Scottish workers are to be fleeced for hundreds of pounds a year just because Derek Mackay, John Swinney and Nicola Sturgeon cannae say no to six dismal Green MSPs.”

Mr Swinney stressed: “It is very important we remain focused on what is actually proposed here – the awarding to local authorities of a power to apply a workplace parking levy, if they judge that to be the appropriate thing to do and once they have made the appropriate assessments of such a commitment.”

He noted that senior Scottish Tories, including leader Ruth Davidson and Mr Carlaw, who is filling in for her while she is on maternity leave, have previously called for councils to gain additional powers.

“The Conservatives have fought the 2016 and 2017 elections on a commitment to empower local authorities,” the Deputy First Minister said.

Mr Swinney blasted: “Jackson Carlaw has been found out today, he goes around the country arguing for more powers for local government and when we deliver them, he comes here in an act of rank hypocrisy and criticises them.

“The people of Scotland can see through the hypocrisy of the Tories, they can see what the Tories are about, their spots have never changed, they want to cut public spending and they will take the hypocritical way of doing it.”