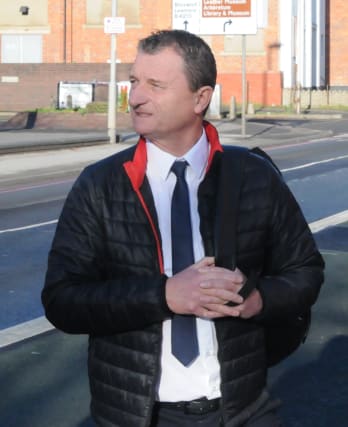 A police constable asked a teenager he met while working as a young persons’ officer to send him sexual images of herself on social media, a court has heard.

Paul Davies has previously admitted one charge relating to five images he had received on WhatsApp or Snapchat from the victim.

The 57-year-old, who had special responsibility for schools and colleges in the Dudley area of the West Midlands, then made a screen-shot of the items and made a copy of them between March and April last year.

Walsall Magistrates’ Court heard how the officer had then sent sexual images and videos of himself to the victim – either via WhatsApp or Snapchat.

Outlining the facts of the case on Thursday, prosecutor Alisha Bartimus said: “The defendant asked her to send sexual images of herself… and in return he would send videos of himself.

“The defendant had initially screen-shotted these items but has since made a copy. This is not akin to downloading images.

“He was a serving police officer so there is a breach of trust there.”

Davies, of Thoresby Croft, Dudley, was granted conditional bail until his sentencing hearing at Wolverhampton Crown Court on March 7.

A West Midlands Police spokesman said Davies left the force last June, having been arrested in May.