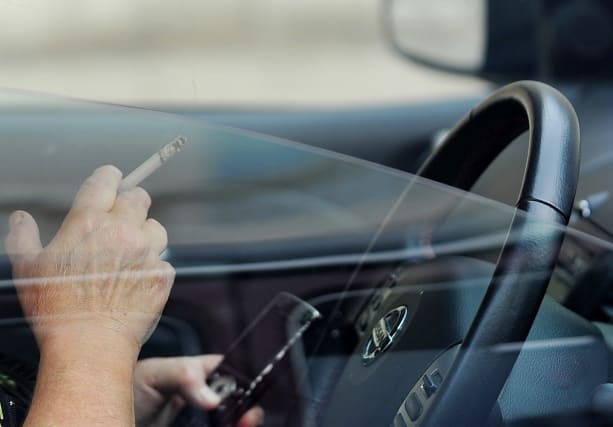 Police will target drivers who break the law on seatbelts and mobile use as a survey found increasing use of phones while driving.

Mobile safety cameras will be used across Scotland in the week-long crackdown starting on Monday targeting drivers who fail to wear a seatbelt or who use mobile phones behind the wheel.

The campaign comes as results from a Transport Scotland and Department of Transport survey of more than 14,000 drivers found mobile phone use has risen slightly both in moving traffic and at traffic lights.

In 2014, 1.6% of drivers observed in moving traffic were using a hand-held mobile, which the latest survey indicates has risen to 2% in 2017.

Use among drivers at traffic-light junctions was up from 1.7% to 2.5% in the same period.

Increased use of the devices to make and receive calls is behind the rise, as in-hand use, such as texting, has not changed for car drivers and fallen for drivers of “other vehicles”, such as vans, lorries, and buses.

Car drivers are more likely to wear a seatbelt than drivers in the “other vehicles” category, at 98.6% to 92.5% respectively.

Police Scotland said its campaign will focus on seatbelt use, mobile phones and speeding.

The force said a driver is four times more likely to crash if using a mobile, and reaction speeds are halved.

Chief Inspector Darren Faulds said: “We will interact with drivers through education to influence their behaviour, but where appropriate, we will enforce these core road traffic offences with the appropriate penalties, so my message to all drivers is quite clear #dontriskit.”

He added: “It is estimated that one in three people killed in vehicles were not wearing a seat belt, and half of those could have been saved if they had worn one, which is why we take this matter so seriously.

“Last autumn we ran a similar campaign where we detected 36 drivers not wearing a seatbelt.

“Such detections were disappointing considering the compulsory wearing of seatbelts came into force many years ago, so officers will undertake enforcement activity and roadside education with a view to influencing driver behaviour and casualty reduction.”

Fines for failing to wear seatbelts can reach £500 while a £200 fine and six penalty points can be applied for using hand-held mobile phones while driving or sitting in traffic, with higher penalties depending on circumstances.