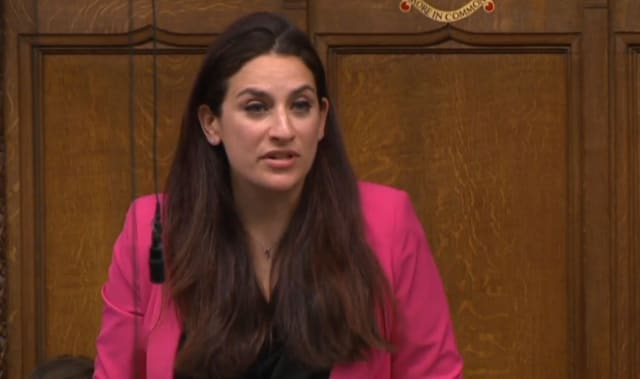 A Labour MP who has been an outspoken critic of Jeremy Corbyn is facing a vote of no confidence by her local constituency party.

Senior Labour MPs rallied behind Luciana Berger after it emerged the Liverpool Wavertree Constituency Labour Party had called an extraordinary meeting for February 17 to discuss two no confidence motions.

Ms Berger, who is Jewish, has been highly critical of Mr Corbyn over his handling of anti-Semitism within the Labour Party as well as his stance on Brexit.

Her comments have seen her face a torrent of abuse from online trolls while she required a police escort at last year’s Labour Party conference after receiving death threats.

Former leader Ed Miliband said she was a “brilliant, talented person who I am proud to have as a Labour colleague”.

He added: “She is a powerful advocate on mental health and against anti-Semitism. She should be supported not undermined by everyone throughout our party.”

Yvette Cooper tweeted: “Solidarity with Luciana Berger – a brilliant Labour MP, rightly campaigning against anti-Semitism both in our party and across the country and one of our most powerful voices campaigning on mental health.

“Entire party should support her.”

The move against her comes after she joined other MPs at a meeting of the Parliamentary Labour Party on Monday in calling for details on the party’s efforts to tackle anti-Semitism to be released.

In a statement, Ms Berger said she believed her constituents would judge her on her record and her efforts to represent them in Parliament.

“I have made no secret that, as a Jewish woman representing a city with a Jewish community, I have been deeply disturbed by the lack of response from Jeremy Corbyn as party leader and many in the wider leadership to the anti-Semitism that stains our party,” she said.

“I am deeply disturbed at the leadership’s desire to brush this aside and its decision not to comply with the expressed wish of Labour MPs.

“Nothing will deter me from exposing anti-Semitism wherever it festers, including in the Labour Party where it is being wilfully ignored.”

A Labour Party source said: “Anti-Semitism is not mentioned in the motion and the motion has no formal standing.

“However, Jeremy Corbyn has made clear that no one should be criticised for speaking out against anti-Semitism.”