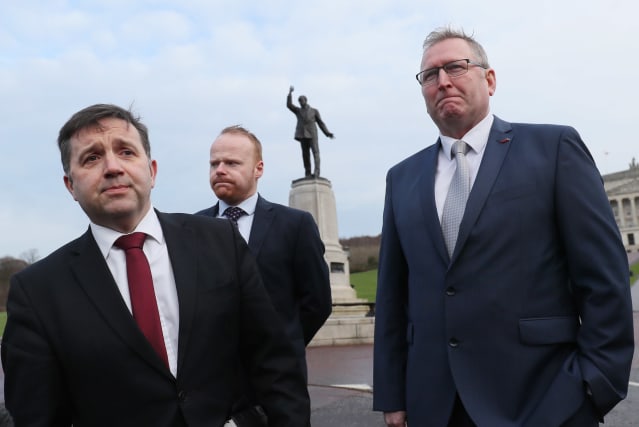 The Prime Minister must introduce direct rule government for Northern Ireland if no Brexit deal can be agreed, the Ulster Unionist Party has said.

UUP leader Robin Swann made the call as he arrived to meet Theresa May at Stormont House on Wednesday morning.

The Prime Minister is meeting all the major political parties in Northern Ireland on the second day of her visit to the region.

With just 50 days to go until the UK’s scheduled exit date from the European Union, Mr Swann said if Mrs May cannot negotiate an extension and no deal is reached, then she must introduce direct rule for Northern Ireland.

Powersharing government in Northern Ireland collapsed in January 2017 following a breakdown in relations between the Democratic Unionists and Sinn Fein.

Numerous attempts to revive it have so far been unsuccessful.

The UK Government has so far appeared reluctant to introduce direct rule for Northern Ireland.

“We are not far from March 29, we as a party don’t see a no deal as a positive situation or something that suits Northern Ireland or the UK,” Mr Swann said.

“We have asked her to look for an extension of Article 50. If she is not prepared to do that, and we are at a situation where the executive and the Assembly isn’t up and running again, she has to put something in place.

“If the place behind me isn’t fit to deliver that, then it has to be direct rule ministers.”