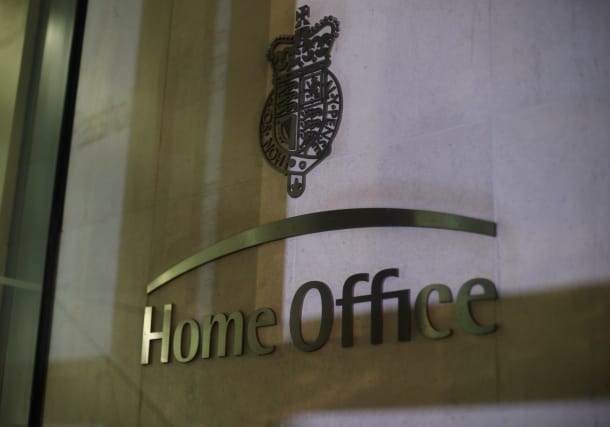 The Home Office’s immigration detention powers should be pared back in the wake of the Windrush scandal, according to a parliamentary report.

MPs and peers claim the power to detain should not be wielded by the department which is charged with carrying out removals and deportations.

The Joint Committee on Human Rights also called for the introduction of a 28-day time limit for most cases to end the “trauma” of indefinite detention.

Harriet Harman, who chairs the committee, pointed out that if a person is suspected of a crime, they can only be detained by the police, who are independent of Government.

She said: “If the police want to continue to detain a person beyond 36 hours, they have to bring that person before a court, which is, of course, totally independent of Government.

“But if the Home Office suspects a person of being in breach of our immigration laws, there is a complete absence of independence in the decision making.

“A civil servant — nameless, faceless and behind closed doors — just ticks a box to detain them.

“The first that person will know about it is when someone bangs on their door in the early hours of the morning to bundle them into an immigration enforcement van and take them to a detention centre.”

With no independence in decision-making, mistakes are “inevitable”, the Labour MP said.

She added: “Those we get to hear about are probably only the tip of the iceberg, but we do know that £21 million was paid out by the Home Office in just five years to compensate for wrongful detention, and terrible mistakes are certainly what happened in the Windrush cases.”

The Government has wide powers to detain people for reasons of immigration control.

Individuals may be held while they wait for permission to enter the UK, or before they are deported or removed from the country.

In the year ending September, 25,061 individuals entered the detention estate, down 9% compared with the previous 12 months, to the lowest level since comparable records began in 2009.

Decision-making about detention should, as far as possible, be independent, the committee said.

It suggested the introduction of a system of pre-authorisation by a person or body outside of the department for cases where detention is planned.

The UK is the only country in Europe that does not impose time limits on immigration detention, according to the report.

It recommended that detainees should not spend more than 28 days in detention.

Under the proposals, the Home Office could apply to a judge for an extension of up to a further 28 days in “exceptional circumstances”.

The committee also called for the detention estate to be made “less prison-like”, and said the department should make it a priority to resolve the immigration status of foreign national offenders at the end of their sentences.

The report said: “The current immigration detention system is slow, unfair and expensive to run — last year it cost £108 million.

“As our inquiry into Windrush detainees shows, some of those detained have a right to be in the country.

“Millions of pounds in compensation is paid to those who have been wrongly detained.

“Conditions in some detention centres are below acceptable standards. The UK needs an immigration detention system which is fair, humane, decent and quick.”

The Home Office faced a furious backlash last year after it emerged members of the Windrush generation were denied access to services, held in detention or removed despite living legally in the country for decades.

A Home Office spokeswoman said: “Immigration detention is an important part of the wider immigration system, but we are committed to using detention sparingly and only when necessary. 95% of people liable for removal at any one time are managed in the community.

“Any decision to detain someone is reviewed by a detention gatekeeper who acts independently from referring and case-working teams to ensure an individual’s suitability for detention has been fully assessed and any vulnerabilities have been considered.

“An individual is only detained when there is realistic prospect of removal within a reasonable timescale. We do not detain people indefinitely, and the law does not allow it.”