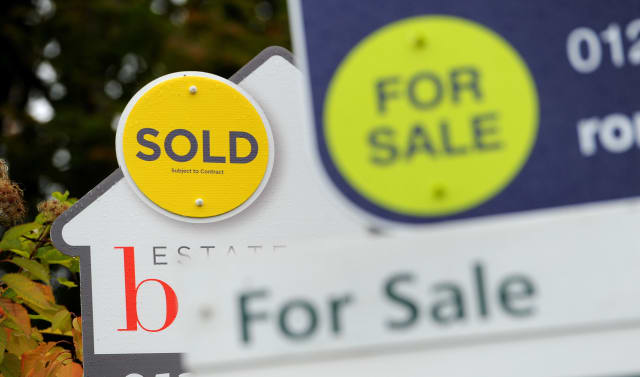 It now takes 50 days on average to sell a property – with homes in Scotland being snapped up nearly three weeks before those in London, a property firm has found.

Across Britain, the average selling time has increased by around three days – from around 47 days in September 2018 to 50 days now, Zoopla found.

But despite only a small increase, a survey of home owners found many people are over-estimating how long it would take for their property to be snapped up – with 55% believing it would take over two months to sell their home.

There are big variations in selling times across Britain – and the average selling time for a property in Scotland is 19 days faster than one in London, the research found.

Zoopla analysed its own website data to calculate the average number of days it takes for a property to go under offer from being first listed, and compared this to its survey of 3,000 home owners on their expectations around selling a property.

The survey found home owners in Wales are the most pessimistic, with 70.7% anticipating a wait of more than two months. The average selling time in Wales is 55 days.

Home owners in the West Midlands were found to be particularly optimistic, with just under a quarter (24.4%) expecting a quick sale in under a month.

Sellers in the West Midlands may have to wait a bit longer than this, as Zoopla found the average selling time there is 42 days.

Zoopla said pitching the asking price correctly and finding a good estate agent can have a big impact on how long it takes to sell a home.

Annabel Dixon, a spokeswoman for Zoopla, said: “Our survey shows big differences in the average amount of time it takes for a property to receive an offer in the UK.

“When selling your property, bear in mind that hiring the right agent can make all the difference.

“They will provide an accurate valuation before you start the sale process, giving you the best chance of receiving the best price and helping pave the way for a swifter transaction.”