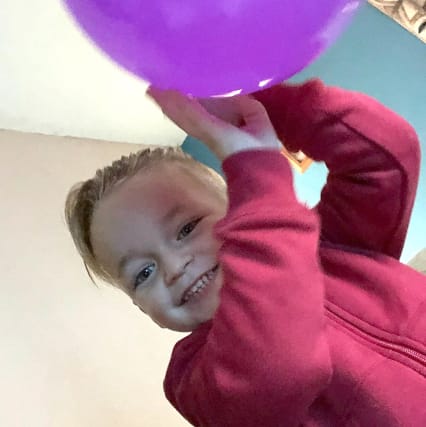 A man who allegedly squashed his girlfriend’s young child with a car seat has been accused of using the fact his father is a former government minister to make himself “untouchable”.

Stephen Waterson, 25, from Croydon, allegedly twice pushed his car seat into three-year-old Alfie Lamb in the footwell behind, causing his death by crush asphyxia.

In the days after Alfie’s death last February, he went on to threaten his girlfriend and others to make them stay quiet about what happened, the Old Bailey has heard.

And in an interview with police, the nightclub worker name-dropped his adoptive father Nigel Waterson, a former minister and lawyer, jurors were told.

Stephen Waterson and Alfie’s mother Adrian Hoare, 23, have denied manslaughter but have admitted lying to police.

She said: “In that interview you used the fact you have got powerful parents, it seems to you, because you like to drop it into conversation all the time.

“You befriend vulnerable people and you are exerting your will over them, making them feel special, and what you do Mr Waterson is you used the fact that your parents are powerful people to make you untouchable.”

Ms Thorne went on: “You like it to be known your father is a lawyer don’t you?

“You would say that your father is an important person, not just a lawyer but he used to be a government minister and you were so powerful because you had these connections.”

Waterson replied: “I don’t know why this is relevant and we are talking about my parents.

“I’ve never used my parents to control anyone.”

The court heard how Waterson texted a string of other women while Alfie was gravely ill in hospital.

But the defendant, who has said he was in a state of panic and concern for the boy, insisted not all the relationships were romantic.

In the weeks before Alfie died, Hoare had moved in with him for a “new start” but had no house key, jurors heard.

Ms Thorne suggested Hoare was not even allowed to have a mobile phone because he was “paranoid she would be in touch with other men”.

The father of two denied the suggestion, saying there was only one house key because he had just moved in.

The court was told Hoare did not have her own bank account and all her and Alfie’s benefits were paid into Waterson’s account.

Ms Thorne highlighted dozens of text messages in which Hoare was asking for her money to buy food and clothes.

Waterson insisted: “There was no money of hers in that account at that time.”

He denied deliberately moving his seat back into Alfie after losing his temper on the journey home from Sutton in south London.

He told jurors he moved his seat no more than an inch, then forward again when he was asked to.

Ms Thorne said: “On your account Mr Waterson, it could not have been the seat that caused his death and you have been framed horribly for Alfie’s death.”