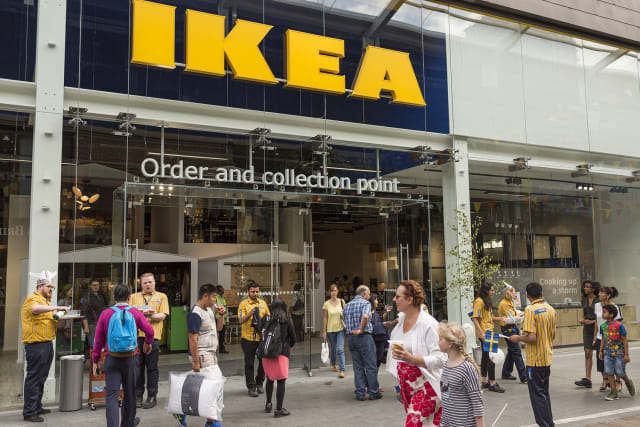 The UK boss of Swedish flat pack furniture giant Ikea is leaving after less than a year in the role to head up its US arm.

Javier Quinones is departing to become retail manager in the US on March 1, after just eight months in charge of the UK and Ireland business, the Press Association can reveal.

The blow comes just days ahead of the official opening of Ikea’s new megastore in Greenwich, south east London, on Thursday – billed as its most sustainable store yet.

Mr Quinones took on the role of country retail manager for the UK and Ireland last June, replacing Gillian Drakeford, who moved to become Ikea retail system manager at Inter Ikea Systems –  the owner of the Ikea Concept and worldwide franchiser.

On his move to head up the US division, an Ikea spokesman said: “His appointment supports Ikea’s continued ambition to create a better everyday life for the many people.

“His successor in the UK and Ireland will be announced in due course.”

In the US, Mr Quinones will replace Lars Petersson, who has decided to retire after 36 years with the retailer.

Ikea recently announced 7,500 job cuts across its global operations, including 350 in the UK.

Mr Quinones said at the time of the announcement in November that  company had to make difficult decisions as it adapts to a “fast-changing
retail environment”.

Its Greenwich opening has, however, created around 500 new jobs, while it is looking to create 11,500 new roles in total by 2020 through new openings and investment in delivery and digital operations.

But the group also ditched plans last May to build a store near Preston amid uncertainty on the British high street.

Mr Quinones began his career at Ikea more than 20 years ago, first starting at Ikea Badalona in Barcelona as a part time co-worker in the self serve department, before being promoted to work within Ikea Spain, in roles such as sales manager and store manager.

He joined the Ikea UK and Ireland division in 2014 as deputy retail manager.

Website sales grew 14.4% over the year, but Mr Quinones noted the result came against the backdrop of a “challenging retail and economic environment”.

It recently also announced the opening of its “Planning Studio” on
Tottenham Court Road, central London, in the first step of what it describes as a “city centre approach”.