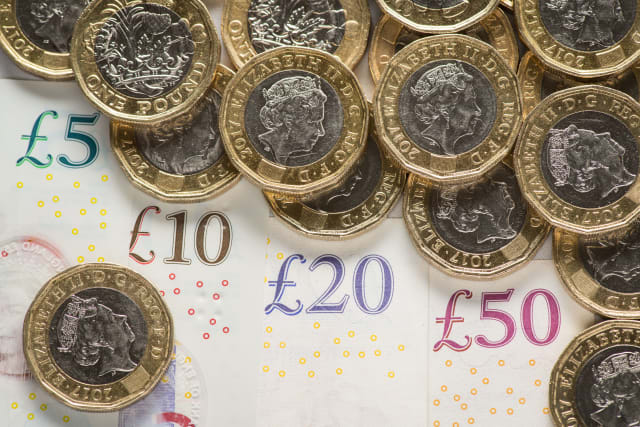 Debt collection firms are being urged by the financial ombudsman to improve the way they deal with vulnerable customers.

Nearly a third (32%) of complaints dealt with by the Financial Ombudsman Service (FOS) in 2018 relating to debt collection were upheld in consumers’ favour.

Uphold rates on some issues with debt collection were higher – for example more than half (54%) of complaints on breaches of confidentiality were upheld, as were 43% of complaints about failures to carry out instructions.

The service resolves disputes between consumers and financial firms.

It said a lack of empathy or flexibility from businesses towards people who are vulnerable can create more problems.

Caroline Wayman, chief ombudsman and chief executive of the Financial Ombudsman Service, said: “In the past three years we have investigated thousands of complaints from consumers about debt collection companies.

“These complaints cover a wide range of issues, including aggressive customer service tactics, disputes about the size of the debt, breaches of confidentiality and failure to carry out instructions.

“We have seen cases where a lack of empathy or flexibility from businesses can create more problems for people who are struggling, and who may be in vulnerable circumstances.”

In 2018, the ombudsman service dealt with around 3,300 inquiries about debt collection and took on more than 1,000 new complaints for investigation.

The complaints cover credit and consumer loans, such as mortgages, credit cards and personal or business loans.

They do not include household debts such as utilities or council tax, as these are outside the jurisdiction of the FOS.

Of the complaints resolved by the ombudsman service last year, one in five (21%) were about whether the consumer was being asked for the right amount of money.

One in seven (13%) were about customer service issues, including being contacted excessively, and 13% were where the customer told the service that the debt being chased did not belong to them.

The service said there were also several instances where businesses showed good practice.

Most businesses were flexible in terms of how much they were prepared to accept, and if it became clear that the consumer would never be in a position to pay off the debt, it was generally written off, the ombudsman service said.

Most businesses had references to debt charities in their letters – although sometimes this was in small print or at the bottom of the letter.

Ms Wayman continued: “We would encourage anyone who has a dispute with a debt collection company to contact us.

“In our research we did see examples of good practice from companies, and we would encourage all debt collection companies to learn from and follow industry good practice.”

The debt collection figures were published alongside data on all complaints handled by the service in the third quarter of the 2018-19 financial year.

Its figures also showed that, across all types of complaint, the service took on more than 1,000 cases per day typically between October and December 2018.

There were 92,903 new complaints during the three-month period.

Payment protection insurance (PPI) continues to make up the bulk of complaints to the service, accounting for nearly 44% of gripes, with 29% of complaints upheld in consumers’ favour.

The ombudsman also said complaints about payday loans have nearly doubled during the first nine months of the current financial year compared with the whole of the previous financial year.

Following the collapse of Wonga, the number of complaints about payday loans in the third quarter of the current financial year was lower than during the previous quarter, the ombudsman service said, falling from 14,578 to 7,728.

But overall, complaints about credit continue to increase, it said.