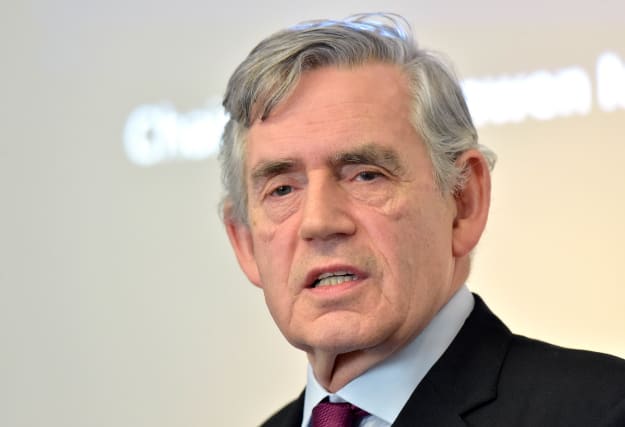 The ex-Labour leader claimed if the benefit was axed it would be a “clear breach” of a Conservative manifesto promise.

He said it should be for MPs at Westminster and not broadcasting bosses at the BBC to decide who should have to pay the levy.

Under the current system, households including someone over the age of 75 are entitled to a free TV licence.

The Government-funded scheme, which could cost £745 million by 2021-22, is due to close in 2020, with the BBC being allowed to decide whether to continue it after that and in what form to do so.

Mr Brown, who stood down from Parliament in 2015, said the Conservative manifesto two years later had contained “a clear, unconditional guarantee that, for the full five years of the Parliament, every pensioner over 75 would be guaranteed a free TV licence”.

He said: “While the Conservative election promise runs to 2022, the BBC are wrongly being given the power to make a decision that, in the light of their own financial need to save £800 million, could abandon the free over-75 licence as early as summer 2020 – a breach of promise by the Conservatives.”

Mr Brown, in a submission to the BBC licence fee consultation, added: “It is wrong given its election promise to protect free TV licences that the Government should be able to wash its hands of the issue and transfer responsibility for deciding who of our pensioner community pays the licence fee or who does not pay to the BBC.”

The Government has already confirmed the cost of a TV licence is to rise to £154.50 a year from April.

Mr Brown said as the BBC was an unelected body, it “should not be making judgments about the distribution of income between social groups in our country”.

The former PM said: “This is, in effect, a matter for Parliament. To make the decision in the way the Government and BBC propose is taxation without representation.”

He also warned “pensioner poverty is on the rise again”, saying this problem would be exacerbated if the  exemption from the licence fee was removed or restricted.

Some 1.9 million senior citizens across the UK are living in poverty, up from 1.6 million three years ago, and Mr Brown said the total was expected to top 2 million by 2022.

Those aged 75 and above are almost 50% more likely to be living in poverty compared to pensioners aged between 65 and 75.

The former PM said: “So just at the time as poverty is rising the benefit is at risk of being taken away.”

He argued universal benefits for pensioners were given in part to “recognise the contribution all elderly citizens had made to our community”, and also to help ensure dignity for all in retirement.

Mr Brown said: “The Government is in breach of promise betraying an election pledge that free TV licences would continue.

“The BBC should not be asked to take responsibility for this broken promise.

“The removal of free licences will worsen poverty and changes the balance between means tested and universal benefits undermining support for the welfare state.

“It is just wrong that the BBC is being forced to usurp Parliament’s right to make decisions about who is taxed and who is not, and at what rate.”