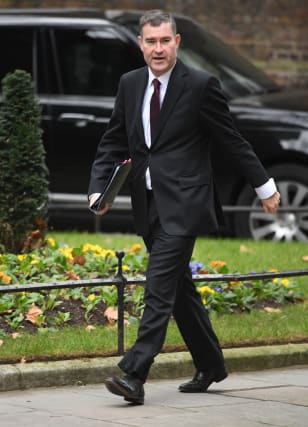 Justice Secretary David Gauke has unveiled a sweeping overhaul of the parole system designed to prevent a repeat of the John Worboys crisis.

Victims will for the first time be able to challenge decisions to release the most serious criminals without having to resort to costly and complex court battles.

Ministers announced details of the shake-up just over a year after the Parole Board sparked a backlash by ruling that Worboys, one of the country’s most notorious sex offenders, was safe to be freed after around a decade behind bars.

Mr Gauke said: “Taken together, these reforms will help ensure that the mistakes made in the John Worboys parole case would not happen again.

“We owe that to victims, and I am determined to rebuild society’s trust in this system.”

Under the new “reconsideration mechanism”, victims who believe a decision to be fundamentally flawed will submit their concerns via the Justice Secretary.

These applications will be assessed by a dedicated team within the Prisons and Probation Service.

If officials conclude there may have been a legal flaw or significant mistake in the process used to reach a decision, they will then be passed to a senior judicial member of the Parole Board, who will decide whether the case should be looked at again.

The Government emphasised that the measure is not aimed at decisions which are “challenging and unpopular”, but which comply with legal requirements and standards of practice.

Victims will not be entitled to legal aid to help them prepare their application, which must be lodged within 21 days of notification of a decision.

There will be no fee for seeking to have a decision reconsidered.

The Government had considered opening up the scheme to the wider public, but following a consultation concluded it should be restricted to the parties in the case.

The Ministry of Justice (MoJ) noted that its decision to limit the process to release decisions relating to prisoners serving indeterminate or extended determinate sentences may not go as far as some may have wished.

But it said a broader criteria would not be “workable”.

The department also concluded that public hearings for parole processes were not currently “viable”.

The new mechanism, earmarked to be in place by the summer, is expected to cost £1.3 million in the first year and £1.2 million annually going forward.

Officials estimate that in 2019/20, approximately 3,400 parole decisions will be eligible for reconsideration.

The MoJ estimates that the mechanism will generate around 25 to 90 additional oral hearings a year, and will have a “minimal” impact on the prison population.

Kim Harrison, a lawyer from Slater and Gordon who represents a number of Worboys’ victims, welcomed the announcement as a “step in the right direction” but added: “Much needs to be done to support victims, including introducing better counselling and mental health services and properly funded legal advice to help them appeal.”

In other measures, the Parole Board will create standard practice documents to clearly set out the approach expected of panel members, including how they should assess wider allegations of offending which may not have led to a conviction, and an in-depth review will consider possible root-and-branch reforms of the parole process.

Worboys, 61, became known as the “black cab rapist” after attacking women in his hackney carriage.

In March, the Parole Board’s release direction was quashed by the High Court following a legal challenge by two women.

The original decision was later formally overturned after the case was examined by a new panel.

The Parole Board assesses whether serving prisoners in England and Wales are safe to be released into the community or moved to open conditions, considering around 25,000 cases a year.

Following complaints the body’s processes were shrouded in secrecy, ministers have already scrapped a rule banning it from disclosing information about the reasoning behind its panels’ findings.