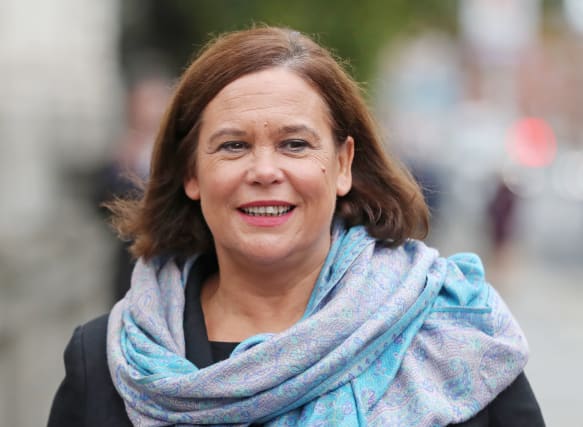 Sinn Fein president Mary Lou McDonald has said that the unionist community needs to be a part of planning for a united Ireland.

Party activists from across Ireland gathered in Dublin on Saturday to discuss the campaign for Irish unity and what they say is a “growing demand for a unity poll”.

Ms McDonald reiterated her challenge to the government to convene an Irish unity forum and said unionists have to start planning for “all eventualities”.

She said: “Obviously, our unionist brothers and sisters need to be part of planning a new Ireland, their first option, of course, is to maintain the union with Britain and we respect that, but as one ex-leader of the DUP put it, they need to start now planning for all eventualities and unionism needs a Plan B.”

Ms McDonald claimed that the growing likelihood of a no-deal Brexit has pushed the idea of Irish reunification to the forefront of politics, but she believes mindset is the biggest stumbling block.

She added: “The Good Friday Agreement provides a route to remove the border once and for all. Regardless of Brexit, there will be a unity referendum.

“In our time we now have an opportunity denied to generations – a peaceful and democratic route to Irish unity; to build a new and united Ireland.

“There are those who believe Irish unity is a pipe dream.

“Some old wives’ tale about the four green fields, some don’t yet appreciate the huge opportunity that Irish unity can present for all of us socially and economically, and those that are hostile to the idea.

“There are those who are not unionists but part of the establishment here in the south who might be hostile to the idea, or anything that upsets the apple cart, and those people are in the minority, the vast majority of people know that Ireland is changing and needs to change more.”

Former Northern Ireland first minister and DUP leader Peter Robinson said in July he believed the North should prepare for the possibility of a united Ireland.

Speaking at the MacGill Summer School in Glenties, Co Donegal, Mr Robinson said he did not think Northern Ireland will want to leave the UK but that there is no reason they should not prepare for it.

“I don’t expect my own house to burn down but I still insure it because it could happen,” he said.

Azeri artillery in use against Armenian forces