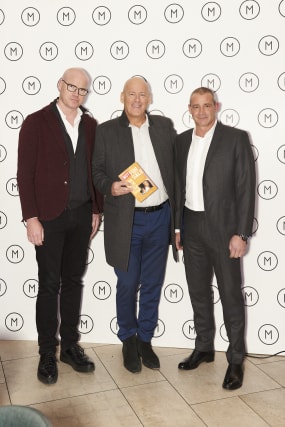 M Restaurants founder and Gaucho boss Martin Williams is working with an anti-trafficking charity on plans to open a new restaurant in the UK which will train victims of modern slavery.

Speaking to the Press Association, Mr Williams said he hopes to replicate the concept of Dignita, an Amsterdam eatery run by charity Not For Sale which supports trafficking victims through vocational courses.

Dignita already has three sites in the Netherlands, with at least one new opening planned for this year and further European expansion on the cards.

Now the charity is working with Mr Williams with the aim of bringing Dignita to the UK.

Mr Williams said the management team of his London-based brand M Restaurants could either run it as a standalone site or incorporate it as a permanent fixture in an existing restaurant.

“The ambition of that brand could be international rather than just Amsterdam-centric, because sex trafficking is as prevalent in many other countries as it is in Holland,” said Mr Williams.

He was speaking as M Restaurants last week kicked off two weeks of serving a special menu at its Victoria Street branch to raise money for Not For Sale.

The launch of the pop-up, attended by business leaders and professionals, also raised £1 million of donation pledges over a 10-year basis.

Not For Sale founder David Batstone told PA the organisation focuses on building self-sustaining projects. Other initiatives include a surfing school for former street children in South Africa and children’s homes in the likes of Thailand and Romania.

“I guess maybe what’s unique about not for sale is not only do we rescue and protect [trafficking victims], but we look for long term solutions,” he said.

“And we give ourselves 10 years to create a self-sufficient model whereby the kids that we’ve helped to rescue now have a pathway towards choosing their own destiny.”

Lion Capital founder Lyndon Lea, who is a major backer of the charity, said this combats the poverty which is an underlying cause of many trafficking cases.

He added: “Giving them the skills to be self-sustaining takes them out of poverty, and that’s really powerful.”