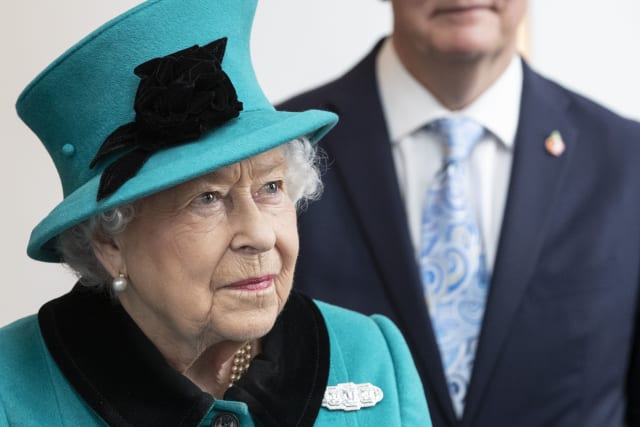 The Queen – the longest reigning monarch in British history – is about to mark 67 years on the throne.

Princess Elizabeth became Queen on February 6 1952 on the death of her beloved father George VI.

The monarch is only three years away from her Platinum Jubilee – 70 years on the throne – which would be a first for a British sovereign.

The Government is already planning a Festival of Great Britain and Northern Ireland in 2022 to showcase the UK's strengths and coincide with the jubilee year.

It is not yet known how grand celebrations for the milestone jubilee would be, falling in the year the Queen turns 96.

But the royals were out in force for a weekend of Diamond Jubilee commemorations in 2012 with a Thames river pageant, a Buckingham Palace picnic and pop concert, beacon lighting across the country, a carriage procession and a service of thanksgiving.

The Queen will be expected to spend the 67th anniversary of her Accession Day on Wednesday privately at Sandringham in Norfolk, where she has been staying during her annual winter break.

32 PHOTOS
What celebrities wore to meet the queen
See Gallery

What celebrities wore to meet the queen

Gun salutes by the King's Troop Royal Horse Artillery in Green Park and the Honourable Artillery Company at the Tower of London will be fired to mark the occasion, as is tradition.

In 2015, when the Queen thanked the nation for its kind messages after overtaking Queen Victoria to become the nation's longest-reigning monarch, she admitted bluntly that the royal record was "not one to which I have ever aspired".

She added: "Inevitably, a long life can pass by many milestones. My own is no exception."

Princess Elizabeth was just 25 and thousands of miles from home when she became Queen.

She was in Kenya on a Commonwealth tour with the Duke of Edinburgh when George VI died in his sleep at Sandringham House after suffering lung cancer.

The princess and Philip had been staying at Sagana Lodge which had been given to them as a wedding present by the people of Kenya.

It was 2.45pm and Elizabeth was resting after spending the night at the Treetops Hotel in Aberdare Forest, watching big game.

A message was given to Philip by his equerry and friend Mike Parker that the king was dead.

It was the duke who broke the news to his wife while they were alone, taking her into the garden to tell her as they walked slowly up and down the lawn.

When Philip heard the news that George VI had died, he looked as if half the world had been dropped on him, his close aide once said.

But Lord Charteris, then Elizabeth's private secretary, remembered seeing the new Queen seated at her desk in the Lodge appearing "very composed, absolute master of her fate".

She was ready to fulfil the role for which she had been carefully groomed.

Asked what name she wished to use as Queen, she replied simply: "My own name, of course."

Lord Charteris and Mr Parker packed up, worked out timetables, sent a flood of signals, organised a plane at Entebbe, another from Mombasa to get there, and timed a London Airport arrival for 4pm the following day.

With the king's health failing when they had left home, a Royal Standard had been stowed in the baggage.

Elizabeth's mourning clothes, waiting for her in Entebbe, were prepared for her to wear.

After a long journey home, a slim, pale figure, dressed in mourning black, descended the steps of the jet airliner at London airport.

The young Queen set foot on British soil for the first time as sovereign at dusk on February 7.

The flight was met by politicians including prime minister Winston Churchill and opposition leader Clement Attlee, as well as the Duke of Gloucester.

A day later, Elizabeth II was formally proclaimed Queen at a meeting of the Accession Council in St James's Palace to which all members of the Privy Council were summoned.

The Garter King of Arms read the first public proclamation of the monarch's accession from a balcony at the palace's Friary Court.