Germany splashes out on new VIP jets after G20 debacle

Germany will order a new fleet of government jets after a series of embarrassing breakdowns that has left government ministers stranded and highlighted the parlous technical condition of much of the NATO member's military hardware.

The announcement, made late on Friday, followed the debacle last year of Chancellor Angela Merkel missing the start of a Buenos Aires summit of G20 global leaders after a radio failure made her government jet turn back mid-flight.

Defence Minister Ursula Von Der Leyden said Germany would buy a new Airbus A350 later this year, with two other jets to follow.

Buying jets straight from the production line would be a new move for the air force's VIP transport wing: Germany currently operates two ageing second-hand A340s, which are no longer made, as well as some smaller aircraft. 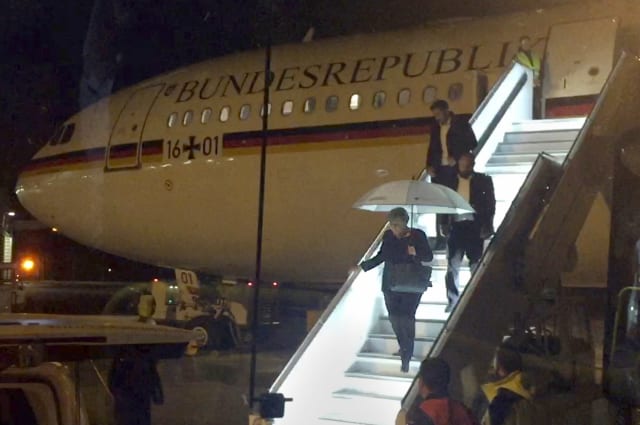 The high-profile fleet breakdowns have highlighted the armed forces' broader struggles with trying to raise their level of technical readiness as traditionally placid Berlin moves cautiously toward a more interventionist global posture.

A string of procurement delays, cost overruns and technical mismatches have interfered with attempts to renew the country's naval fleet, while deadlines for selecting a new warplane fleet have repeatedly been missed.