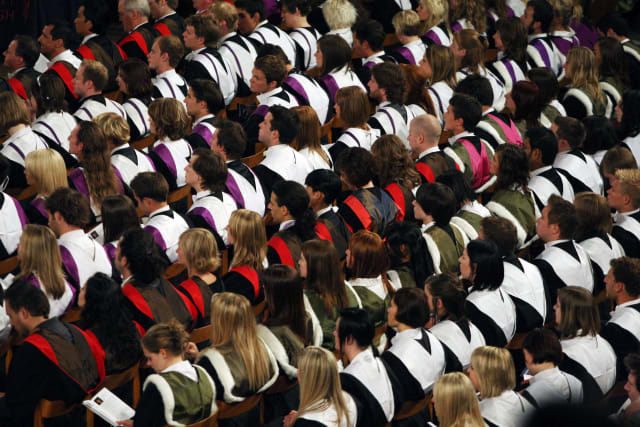 Scottish ministers have raised concerns over post-Brexit immigration policy and the “confusion, anxiety and insecurity” it could cause universities and students.

In the event of a no-deal Brexit, a European Temporary Leave to Remain is proposed by the UK Government for EU nationals for 36 months (three years).

However, the majority of degrees north of the border are four-year courses – something Scottish Higher Education Minister Richard Lochhead and Migration Minister Ben Macpherson say the UK Government has “ignored”.

The pair have co-signed a letter to Caroline Nokes, Minister of State for Immigration, saying the time limit will have “serious consequences for Scottish institutions, putting them at a competitive disadvantage with regards to undergraduate recruitment”.

The letter reads: “Due to the fact that the criteria for extension are yet to be published and the possibility of extension being refused, this policy, and the uncertainty it creates, is likely to discourage EU citizens applying to Scottish universities as there is no guarantee they will be able to complete courses.

“However, the negative effects of this policy go much wider than Scotland. All EU students undertaking non-standard length courses will be seriously disadvantaged.

“This will include PhD and medical students, those studying part-time, female students who may have to go on maternity leave and many others who do not fit neatly into a three-year undergraduate degree model.

“It is also regrettable that, once again we were given minimal notice of the impending publication of this policy which, I’m sure you will agree, does not fulfil the UK Government’s public commitment to genuinely involve the devolved administrations in the Brexit process.

“The Scottish Government maintains that the UK Government should immediately rule out no-deal and seek an extension to the Article 50 process.”

It is estimated around 9% of Scottish university students and 27% of full-time research staff are EU nationals.

At a People’s Vote rally in Edinburgh last week, Glasgow University principal Sir Anton Muscatelli spoke about how Brexit would impact on the Erasmus exchange programme which allows students to continue their studies at other universities across the EU.

Speaking in a personal capacity as an economist, he also revealed the institute could lose around 12% of funding through a lack of uptake in the scheme in the event of border issues and a no-deal Brexit.

Mr Lochhead added: “Brexit is already the single biggest risk to universities, threatening our ability to attract and retain EU staff and students. This damaging policy can only make things worse.

“The UK Government is simply ignoring the fact that the majority of undergraduate courses in Scotland last four years, putting Scottish universities at a serious disadvantage when competing to attract EU nationals to study.

“This will increase the confusion, anxiety and insecurity around the status of EU citizens coming to Scotland and it’s wholly unnecessary.

“The UK Government must ensure that the rights of EU citizens will remain the same, regardless of the outcome of negotiations.”

A Government spokesman said: “Leaving the EU with a deal remains the Government’s top priority.

“Students from the EU make an important contribution to the universities sector and it is a testament to our system that so many students from around the world choose to study in the UK.

“If we do leave the EU without a deal, then students coming here from the European Economic Area or Switzerland who wish to stay in the UK for longer than 36 months, for example to complete a four-year course, can apply for an immigration status under the study routes of the new skills-based immigration system at the end of the period of temporary leave to remain.

“Alternatively, they will be able to apply under Tier 4 of the existing system for a student visa to cover the full length of their course.”