MPs whoop at mention of ‘better than sex’ ice cream 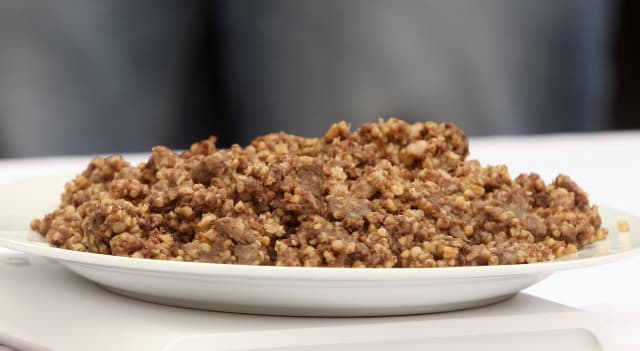 A haggis-flavoured ice cream described as “better than sex” left MPs whooping and laughing after it was raised in the Commons.

He told the Commons: “Last week, as many of us celebrated Rabbie Burns, Sheila Gray, of Fochabers Ice Cream Parlour in Moray, in her own nod to the Bard, was creating a new variety of ice cream which blended whisky, tattie scones and haggis.

“So will the Leader of the House join me in congratulating Sheila for this latest imaginative variety, particularly since loyal customer 84-year-old Charlie Armour – after trying the ice cream – described it as ‘better than sex’.”

Mrs Leadsom joked in reply: “Well, with 84 years of experience I’m sure Charlie would know.

“I’m not sure it’d be my first choice of flavour, but I guess it would have to be tasted to be believed.

“I understand Sheila attracts customers from far and wide and I’m sure it’s a fantastic tourist attraction, and I believe on top of that she is a tireless fundraiser in the local community.”

Mrs Leadsom added: “So congratulations to her for her extraordinary new invention and I hope to perhaps try her creations for myself one day.”