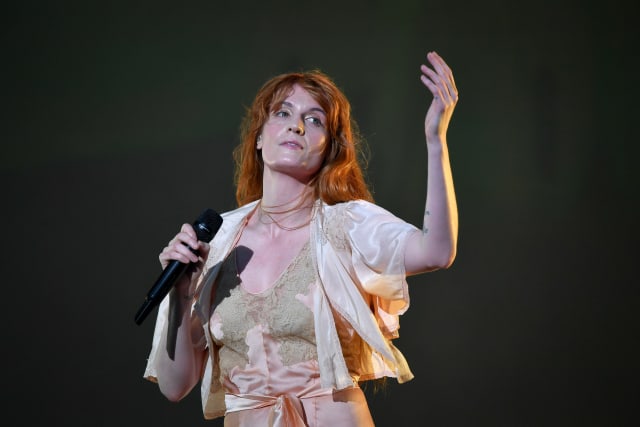 Florence + The Machine and Chvrches have been announced among the headliners for this year’s Edinburgh Summer Sessions.

The festival, taking place in Princes Street Gardens, will run over six dates in August.

Florence Welch and her band will play two consecutive nights – August 7 and 8.

The following night another Scottish headliner will take to the stage in Chvrches, who were also confirmed on Thursday to be playing this year’s Reading and Leeds festivals.

Manchester band James will headline on August 15 after releasing their 15th album last year, while The Courteeners play on August 16.

Ska legends Madness will bring the festival to a close on August 23 as part of their 40th anniversary celebrations.

“The inaugural festival in 2018 was very well received and saw some world-class acts like Tom Jones, Paloma Faith and Kasabian play with the stunning backdrop of Edinburgh Castle in what is Scotland’s concert equivalent of the Hollywood Bowl.

“For 2019, we’re back with some of the strongest acts around at the moment. Edinburgh has such an incredible buzz about it in August with the International Festival and The Fringe and we can’t wait to be back for an unmissable run of shows in the heart of the capital during this time.”

It comes after November’s announcement of the acts playing Glasgow Summer Sessions – also being held in August – at Bellahouston Park.

Foo Fighters, The Cure and The 1975 are among the headliners with Mogwai, The Twilight Sad, Twin Atlantic, You Me at Six and others supporting.