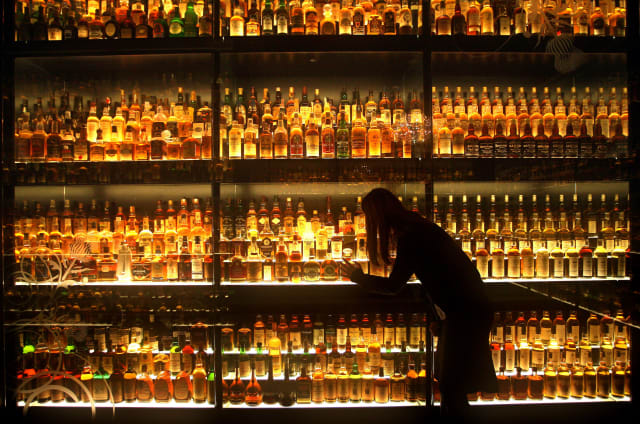 Guinness owner Diageo has played down the possible impact of Brexit as its UK sales continue to boom in the wake of the gin craze.

The drinks giant said a no-deal scenario would have a “limited” effect on its supply chain, and it has “appropriate stock levels” to mitigate any risk.

Shares in the company climbed as much as 4.7% to hit a new all-time high on Thursday as it released its latest results.

Figures for the first half of the financial year show that British consumers continued to lap up top drinks brands, with overall sales in the UK up 14% in the six months to December 31.

This was against a backdrop of a 5.8% increase in net sales worldwide to £6.9 billion and a 5% rise in Europe.

Growth in the UK was partly driven by the resilient gin trend, with Gordon’s and Tanqueray both delivering double-digit growth.

Guinness sales were up 6%, driven by the performance of the Hop House 13 Lager.

But the rising popularity of scotch malts increased competition for Diageo’s portfolio. While Johnnie Walker and Bell’s both grew, overall scotch sales were flat.

The taste for scotch in Greater China helped to drive sales up by 20%. Meanwhile, whisky performed well in India, where net sales of all drinks grew 12%.

Shares in Diageo reached a new high of 2,903p on Thursday morning.

The stock was boosted by the results, which came in at the top end of expectations, as well as the company’s decision to extend its share buyback scheme.

Steve Clayton, manager of Diageo investor Hargreaves Lansdown Select Funds, said: “Diageo has the strength of brands and global reach to be able to prosper in almost any environment.

“Unsurprisingly, for a group that turns water into something stronger than wine, Diageo generates a lot of cash and the company threw off another £1.3 billion in these last six months alone.

“These figures show the underlying strength of Diageo, with good growth across the board, despite a volatile macro-economic backdrop.”