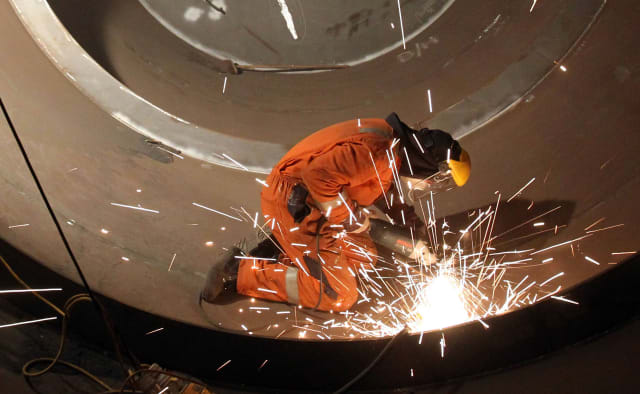 A “modest” rise in Scottish firms’ confidence levels has been reported in a new study.

Bank of Scotland’s business barometer for January found overall confidence levels rose by 10 points in a month to 1%.

Despite the rise, however, Scotland still had one of the lowest overall confidence rates in the UK, alongside the north east of England.

Presenting a mixed picture, the barometer recorded a dip in Scottish companies’ confidence in their own business prospects, which fell four points to 3%.

But their pessimism about the UK economy overall lessened, falling to 1% – an improvement of 24 points since the end of last year.

Across Scotland, a net balance of 17% of businesses said they felt the UK’s exit from the European Union was having a negative impact on their expectations for business activity, compared with a net balance of 34% in the previous month.

Companies’ hiring intentions were now found to be split, with as many firms expecting to appoint additional staff during the next year as expect to reduce headcount.

Fraser Sime, director of banking for small and medium-sized enterprises (SMEs) at the bank, said: “It’s promising to see a modest rise in confidence as we settle into the new year.

“Both economic and political uncertainty still weigh on the minds of Scottish businesses and hiring intentions have seen a slight dip. But, more encouragingly, we have seen a rise in optimism about the economy overall.

“Our recent commitment to lend £1.6 billion to Scottish firms in 2019 is one of the ways we will be by the side of businesses as we hopefully see a continuation in this rise of confidence, and a more stable environment in the coming months.”

Across Britain, firms in London showed the most confidence, at 36%, while the UK-wide picture showed that overall confidence rose two points to 19%.

With overall confidence recorded at 1%, Scotland came in at 18 points below the national average.

The business barometer questioned 1,200 UK businesses, with 101 of those in Scotland, between January 2 and 16.

The overall “balance” of opinion weighs up the percentage of firms positive in their outlook against those which are negative, with responses weighted to reflect the composition of the economy.

Hann-Ju Ho, senior economist at Lloyds Bank Commercial Banking, added: “Despite businesses ending 2018 on a low, it’s good to see that across the UK as a whole, they’ve started the year on a slightly more positive footing.”