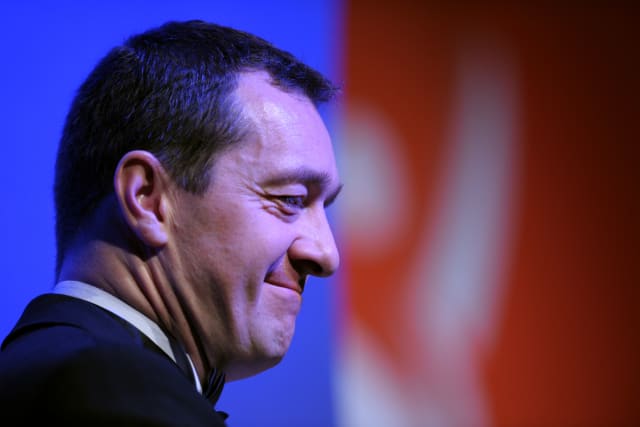 Olympic cyclist Chris Boardman has described the death of his mother as “horrifically life-changing” ahead of sentencing of the driver who killed her.

The 50-year-old said the incident had “damaged several lives” and called for more driving bans to be handed out to act as a deterrent against motorists breaking the law.

Liam Rosney, 33, pleaded guilty to causing the death of Carol Boardman, 75, by careless driving at Mold Crown Court last month and will be sentenced on Thursday.

He had taken three calls on his mobile phone, which had been on speaker mode, in the minutes before the collision on a mini roundabout in Connah’s Quay, North Wales, on July 16 2016.

Rosney had been due to stand trial charged with causing death by dangerous driving but pleaded guilty to the less serious charge after a jury had been sworn in.

Mr Boardman told the Press Association he had not been able to pay attention to the court case as “it would consume me and I would get desperately upset”.

He said: “Somebody being careless, takes somebody’s life and it’s treated as just that – carelessness.

“Somebody who takes me swimming in the sea as a kid and races me for signs on a bike and has grandchildren is just taken away because somebody’s careless, because they used a mobile phone.

“I’m pretty certain that the death of my mother, which has been horrifically life-changing among all of our family, won’t be enough to change that.”

“My dad’s lost his partner of 50 years and watching him has been heart-breaking. He’s dealt with it incredibly,” he added.

In the minutes before Rosney hit Mrs Boardman, he took three separate phone calls while driving his Mitsubishi pick-up truck, which did not have a hands-free facility.

Judge Rhys Rowlands said at a previous hearing that all sentencing options, including custody, would be open to him.

Mr Boardman insisted he does not want to see “big custodial sentences” for people convicted of driving offences.

“I would like to see more driving bans,” he said.

“Driving is a privilege, so I don’t want those people who commit crime, and that’s what this is, become a burden on society.

“I’d just like them not to be able to do that to anybody else ever again.”