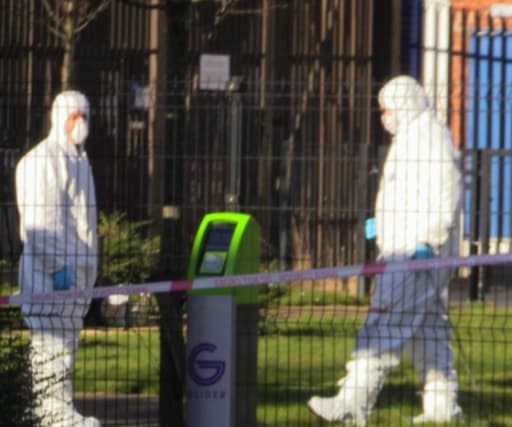 Two women have been arrested in connection with the “brutal” murder of east Belfast community worker Ian Ogle.

The 45-year-old father-of-two died after being seriously assaulted in Cluan Place, near a busy arterial route in the city, on Sunday night.

Forensic officers combed a nearby city park for clues on Monday, churning the soil using specialist equipment, as police appealed for anybody who saw a group of men running in the area to come forward.

Detectives from the PSNI Serious Crime Branch have launched a murder investigation.

Two women, aged 35 and 36, were detained on Monday evening, a spokesman said.