Thousands on Shetland for Up Helly Aa fire festival

Thousands of people are due to gather for the world-famous Up Helly Aa fire festival on Shetland.

The spectacle, which attracts visitors from around the globe, takes place in Lerwick on the last Tuesday of January each year. 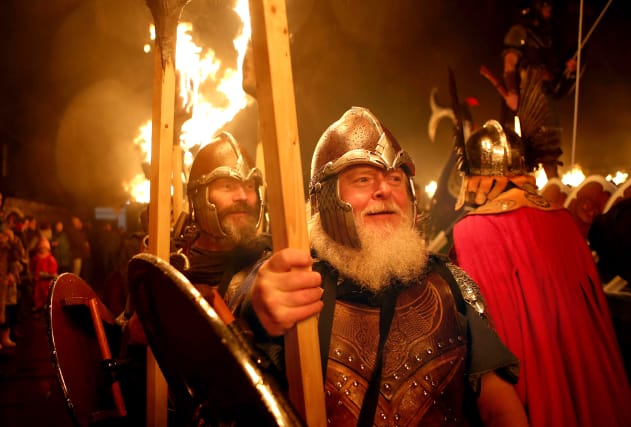 The procession is led by the Guizer Jarl, or chief guizer, and culminates in a replica longboat being set alight.

This year the boat is decorated in the distinctive green and white hoops of Celtic at the behest of Guizer Jarl John Nicolson, a supporter of the football club.

Shetland and neighbouring Orkney were ruled by the Norse for about 500 years until they became part of Scotland in 1468.

The festival stems from the 1870s when a group of young local men wanted to put new ideas into Shetland's Christmas celebrations.