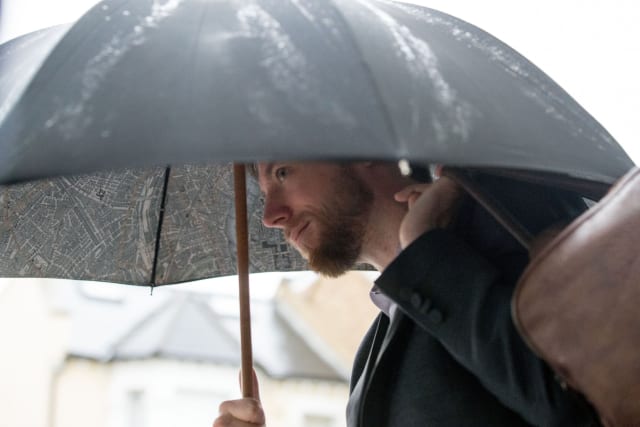 Speedboat killer Jack Shepherd has appeared in court in Georgia after spending months on the run after being convicted of manslaughter in his absence.

The 31-year-old web designer sat in the dock as Tbilisi City Court heard on Friday that he had been in the country since March last year.

Shepherd surrendered himself to police in Georgia on Wednesday.

Bearded and smiling, he walked into a police station in the capital, flanked by lawyers, and gave an interview proclaiming his innocence over the death of Charlotte Brown.

Ms Brown, 24, from Clacton-on-Sea, Essex, died after plunging into the icy waters of the River Thames when Shepherd’s boat crashed during a Champagne-laden date in London in December 2015.

He was sentenced to six years in jail, but remained at liberty.

Speaking ahead of the court appearance, Tariel Kakabadze, Shepherd’s lawyer in Georgia, said his client may still fight his extradition to the UK, where his legal team has been granted leave to appeal against his conviction.

Under Georgian law, he can be detained for up to nine months before extradition, he added.

Shepherd is also being represented by Mariam Kublashvili, a lawyer who reportedly appeared on Georgia’s version of Strictly Come Dancing.

Prosecutors are required to apply for restriction measures for a person wanted in another country within 48 hours of them being arrested.