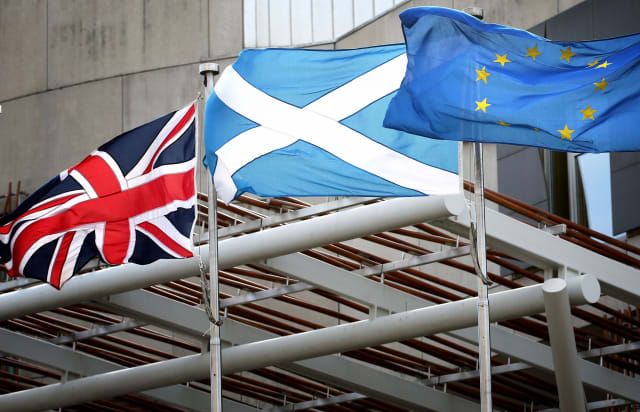 A no-deal Brexit would be damaging to Scotland’s economy and public finances, a Holyrood committee has warned.

In a unanimous, cross-party report, the Finance and Constitution Committee said the UK leaving the EU without a deal is not in Scotland’s national interest.

The report warns Scotland’s finances are exposed to volatility and risk through the operation of the fiscal framework – the agreement between the Scottish and UK governments which sets out how Scotland is funded.

Reliance on forecasts for the annual budget and “substantial movement” in these forecasts are highlighted.

The report notes these risks are “exacerbated” by Brexit uncertainty.

Committee convener Bruce Crawford said: “The Office for Budget Responsibility states that the referendum vote to leave the EU appears to have weakened the economy and predicts that a no-deal Brexit could have a severe short-term impact on the public finances and would be a lot worse than an orderly Brexit.

“The committee is strongly of the view that a no-deal Brexit would be damaging to the Scottish economy and public finances and, therefore, is clearly not in the national interest.”

He said: “This is a result of both new financial powers and the way the fiscal framework works.

“The budget is now much more aligned to the performance of the Scottish economy and how much tax we raise in Scotland relative to the rest of the UK.

“This reinforces the committee’s view of the need to closely monitor the level of actual tax receipts on an in-year basis, both in Scotland and the rest of the UK.”

Holyrood is due to debate the Budget Bill at stage one on Thursday.

As a minority government, the SNP relies on gaining opposition support to pass the budget.