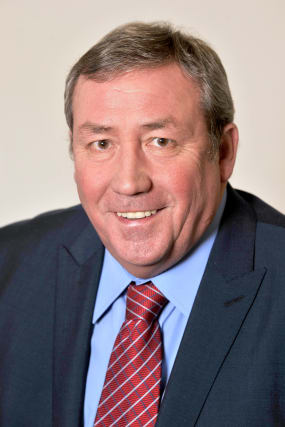 A former Labour MP suspended from the party over comments made online about the Jewish community has been reinstated following an investigation.

Jim Sheridan, a former Paisley and Renfrewshire North MP who is now a councillor in Renfrewshire, said he is “delighted” with the decision and his support for Labour will continue.

The party launched an investigation following a complaint in August last year, reported to relate to a social media post in which he spoke about his loss of “respect and empathy” for the community amid the anti-Semitism row.

In a statement issued on Friday, he reiterated his apology while calling his accusers “misguided”.

He said: “Today I was notified that my suspension from the Labour Party has been lifted with no further action to be taken by the party.

“Whilst I am delighted with this decision, I remain of the view that my accusers were misguided and overreacted to what was intended to highlight my personal frustration and criticism of those intent on undermining our leadership in Scotland and the UK.

“I would also like to reiterate my sincere apologies to the Jewish community whose historic struggle I have supported all my political life.”

Mr Sheridan said he had been “humbled” by the level of support he received.

He added: “Throughout this unfortunate distraction I have maintained my total commitment to my constituents and will continue to do so.

“Likewise my complete support for the Labour Party and our leaderships at every level continues, and reinforces my determination to return Labour administrations at local, devolved and national level, for the many not the few.”

It is understood Mr Sheridan will be issued with a reminder of party conduct.

A Labour Party spokesman said: “The Labour Party takes all complaints of anti-Semitism extremely seriously and we are committed to challenging and campaigning against it in all its forms.

“All complaints about anti-Semitism are fully investigated in line with our rules and procedures and any appropriate disciplinary action is taken.”